One of the things that we didn't have chance to cover at Samsung's Galaxy S III event last week was the presence of Flipboard on all of the demonstration units on show. Naturally, this has led to speculation that the release of Flipboard for the rest of the Android community may be coming soon - Flipboard's website says that it "will be available on select Android mobile phones" in the coming months - but you won't have to wait and find out, as the .apk file has already been taken from the Galaxy S III and shared for other Android users to install.

They say that first impressions are everything, and if that's the case then I've already fallen head over heels in love with Flipboard. I've installed it on a Nexus One running Android 2.3, and all of the animations within the app are really smooth - I haven't experienced the slightest hint of lag so far. The fact that the application even runs on a device not running Ice Cream Sandwich also indicates that Flipboard is unlikely to remain a Galaxy S III exclusive for very long, if at all.

If you haven't used Flipboard before, you can set up your feed without creating an account and dive straight in with all of the content that's available. If you've already used the app in the past, then you can sign in and all of your feeds that you have previously configured will be there waiting for you. 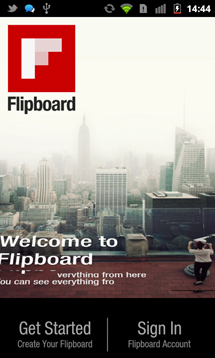 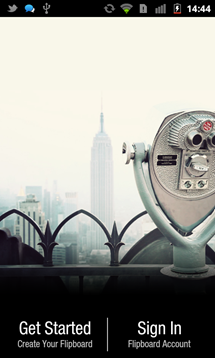 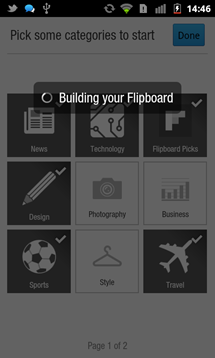 The idea behind Flipboard is simple: you can take all of the things that you read, whether it's from the web, Twitter or even Facebook, and put it in one easily accessible place. The Android app definitely has a Metro-like feel to it, with tiles on each page resembling those that you might see on Windows Phone 7. Your home page contains each of the categories that you're interested in, and you can tap on each one to reveal the latest stories in each.

If you want to add more sources after you've setup your Flipboard, you can tap on the little search tab on the top of the screen to search for any feeds that you want. A quick search for 'android police', for example, revealed both our Twitter feed and RSS feed, giving you the option to subscribe to which one you wanted.

Tweets and other content on your page look absolutely gorgeous, with full screen images providing a background for post titles where possible. Compared to other RSS readers and news applications, Flipboard is definitely the most aesthetically pleasing. Unlike many RSS readers, however, when you tap on a story that you want to read, you're taken to the website where it originated, and the content here may not be tailored for easy reading on a mobile device. 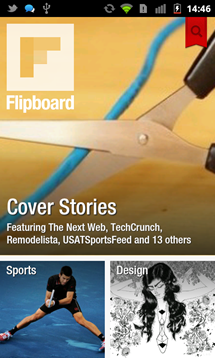 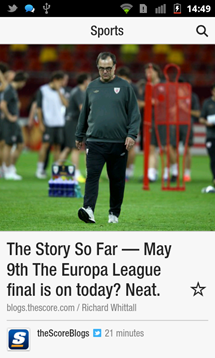 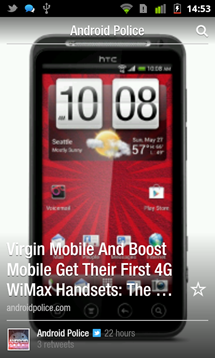 If you want to share a story, you can do so straight from Flipboard as long as you've set up your Facebook or Twitter account through the app. You can also email a link to the story from the app too; selecting this option will take you to your email app so that you can send it to whoever you like.

If you're logged in to Flipboard, you can take advantage of the 'Read Later' option, which allows you to save a story for reading later. As this feature requires you to be logged in, anything that you choose to read later is linked to your account, so you can read it on any device that you want, too.

If I was to have one complaint about Flipboard, it would be that there is quite a bit of wasted space when viewing tweets without images on the screen. There is a sizeable gap between each tweet - only 3 could fit on the display of my Nexus One - which results in a lot of white space that could be otherwise filled with useful content. Some users may see this as attractive minimalism, so like most UI-related complaints, it comes down to personal opinion. 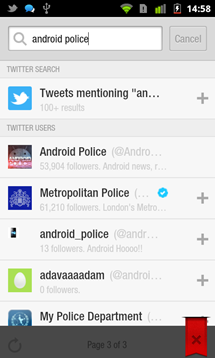 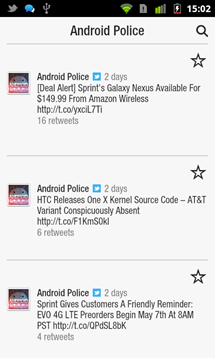 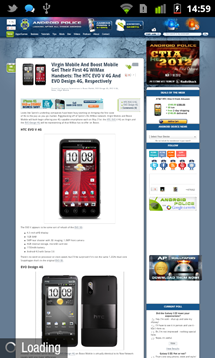 As the application isn't officially available on the Play Store just yet, there are no formal requirements available for it, but if you have a relatively new Android phone then you shouldn't run into any issues. I've installed and run it just fine on a Google Nexus One which has unimpressive specs by today's standards.

If you want to take a look at Flipboard for yourself, then you can download the .apk right now from XDA Developers. It's less than 3MB big, so it shouldn't take too long to come down and you can install it manually after transferring the file to your phone's storage.