The Galaxy S III, announced at a highly anticipated event last week, immediately impressed me with its advanced software. Samsung has stuffed the SGS III with so many features that my mind explodes every time I try to remember all of them - and what you saw during the unveiling is only half the story. There's more, a lot more, which is why the S III is going to be the most interesting Android phone to play with and review this year.

On the hardware front, "the next Galaxy" is quite beefy, and the only letdowns for me were the likely lack of LTE in the quad-core version and the looks. Initially, I was kind of turned off by the overly rounded corners and the weird skinny middle button (so were some of you), but I wanted to defer judgment until I got to play with it in person.

Thankfully, Samsung, which doesn't even have a booth at CTIA this year, let six of these bad boys out to play for a few hours at Mobile Focus last night, which finally satisfied my cravings (though they had to pry them from my hands - the fingers just wouldn't let go). Read on for my impressions and an 8-minute video with a rundown of some features you probably didn't know existed.

Let's get this out of the way - the Galaxy S III in person feels and looks about a metric crapton better (that's the scientific term) than it does in press photos. The screen is absolutely gorgeous - even though it's using the same technology as the Galaxy Nexus, it still somehow looks better. Perhaps it's the Gorilla Glass 2, which is about 20% thinner, or perhaps they put in some software optimizations - I'm not sure. The whole pentile debacle is not an issue for me with this phone at all.

I absolutely love the way the Epic Touch looks, but after checking it out side-by-side with the S III, it suddenly looks dated. What? How did this happen? I could swear I said the exact opposite of this a week ago, but seeing both in person reversed that right up. 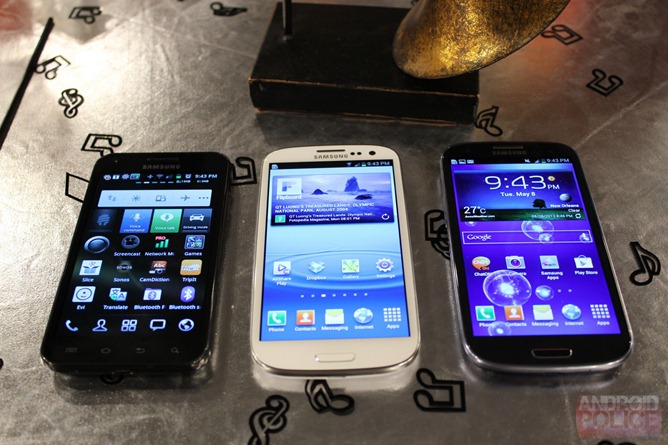 The Galaxy S III feels really good in your hand. I am a fan of large-screen phones, and the S III has the perfect size for me. It's a little longer than the S II, which some people may have a problem with, but hey - you gain almost 0.3", which is very noticeable. The bezel is about the same size, but because the edges are more rounded, it actually creates more edge-to-edge illusion, which I definitely won't complain about.

The phone is relatively light and definitely feels lighter than it looks. The only problem I have is the rear cover - it's made with what Samsung calls hyperglazing - a rich coating that, unfortunately, is still very prone to fingerprints. I'm not even talking about the gloss - it's just so ugly. Can we at least have a matte replacement cover, Samsung?

The good news, on the other hand, is that it won't get dirty every couple of days like the One X. As for the material itself, I actually don't mind the plastic - if you've ever used a Galaxy s II, you'll know that it's almost impossible to damage. I've dropped the Epic Touch more than any other device (it's a slippery little bugger), but it still looks mint. The One S - not so much. 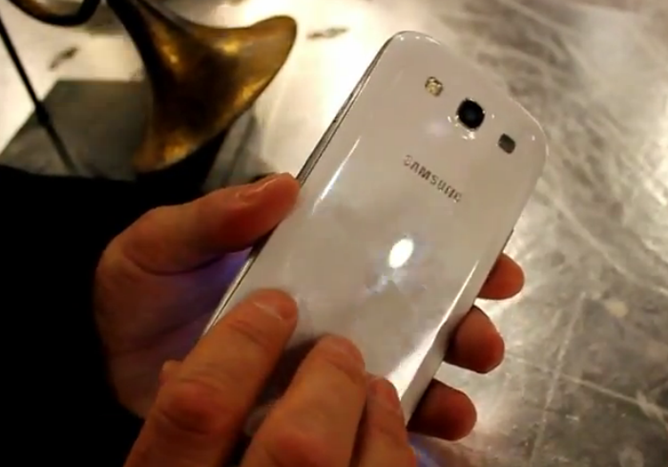 As far as the color preference, I would definitely go with the darker option. While the white One X tends to look a lot better than the gray one, in Samsung's case the situation is just the opposite. The main reasons are the absence of the black/white contrast on the front, which gives the One X its signature bad-ass looks (in my opinion, it's the single best looking mobile device to date) and the plasticky back that looks a whole lot better in dark blue. 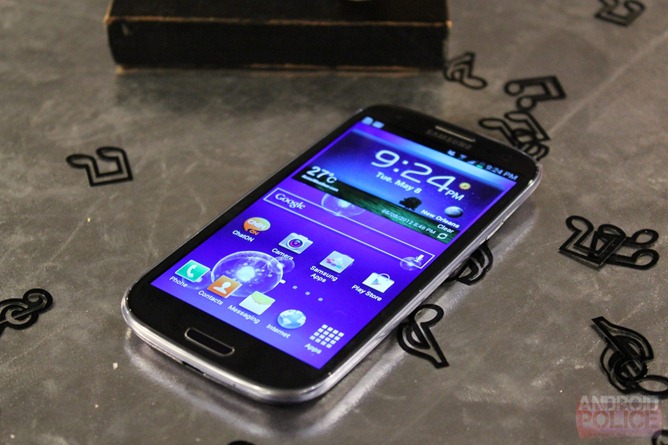 Looks pretty good there, doesn't it?

Oh my, where do I start... First of all, the S III is buttery smooth. I wasn't able to make it choke right there on the spot, but I'll have to reserve judgment until I have a few days to play with it and load up close to 200 apps that I have loaded on my daily driver.

Unfortunately, and this is a big one, the notorious screen-on delay that annoys me greatly on the Epic Touch is still present. It can take literally 2-3 seconds for the display to wake up when you press the power button, which is absolutely unacceptable. I can't believe Samsung hasn't fixed this problem - in contrast, HTC always reacts immediately - even the original EVO 4G screen-on time beats the S III every time. Seriously, guys, fix it. It's embarrassing.

I asked the Samsung rep about the green "Gingerbready" feel of the notification area and got a response I anticipated - they want people who are already kind of familiar with Galaxy products to feel somewhat at home. Those customers who have never played with stock ICS wouldn't even know what they're missing, and while I can partly see where Samsung is coming from, I also think they've made the wrong decision here. I think most of you would agree with me. Drop the green, Samsung, it's starting to look dated. Please?

The best part of the Galaxy S III experience is a huge pile of extra features, easily double any other Android device. This is the first time I would seriously consider permanently sticking with the stock OS - I have big doubts that custom ROMs would ever be able to catch up, even if they succeed in porting some of the features. Every manufacturer tries to differentiate, but I can confidently say that nobody has ever differentiated the way Samsung did. I am one of those people who actually enjoy TouchWiz 4.0 (though I immediately swap out the launcher), so I welcome further improvements Samsung made in the SGS III.

Here are just some of them: 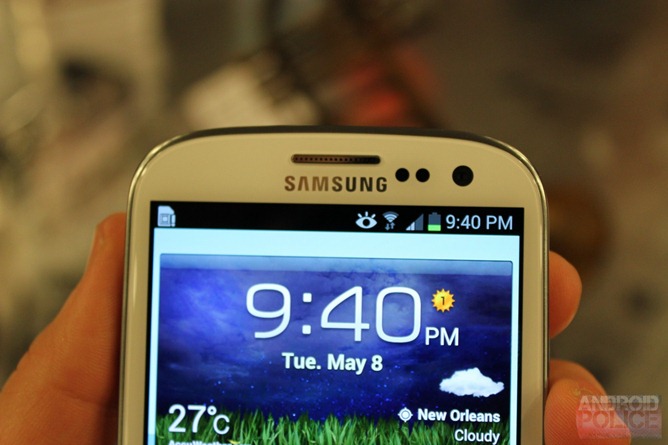 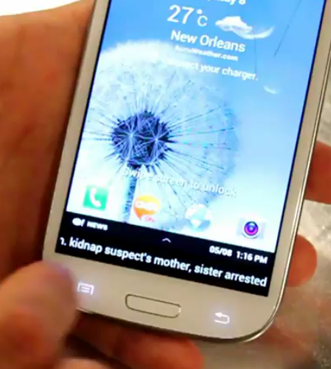 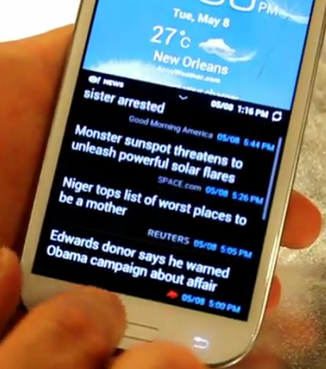 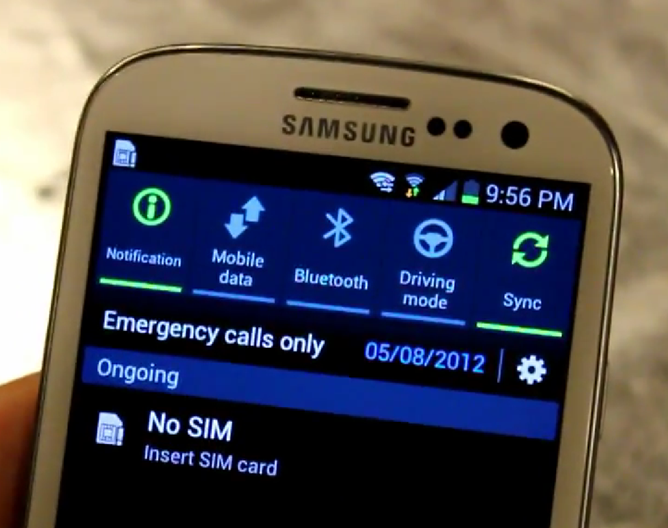 There are likely more features we haven't found yet that will surface upon closer inspection. This makes me very excited - no phone has ever been as intriguing as this one.

A Note on U.S. Availability

As we all know, the S II had a disastrous timeline with U.S. carriers - by the time the phone was available in the States, it was already half a year old. While all Samsung reps were very vague on availability, they all seemed quite upbeat on the announced summer timeline. If I didn't know better, I'd say we'll have the S IIIs here in June, but we also know U.S. carriers and their notoriously long testing procedures. Still, I got the vibe that the wheels were put in motion well in advance, and this launch will be nothing like the SGS II's. We'll have to see about that, but I'm feeling optimistic. 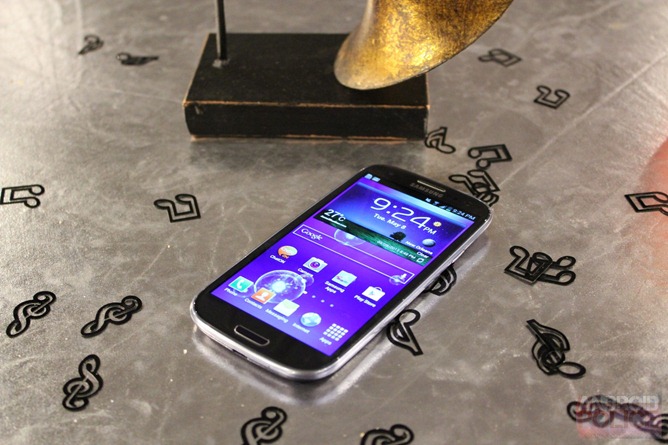 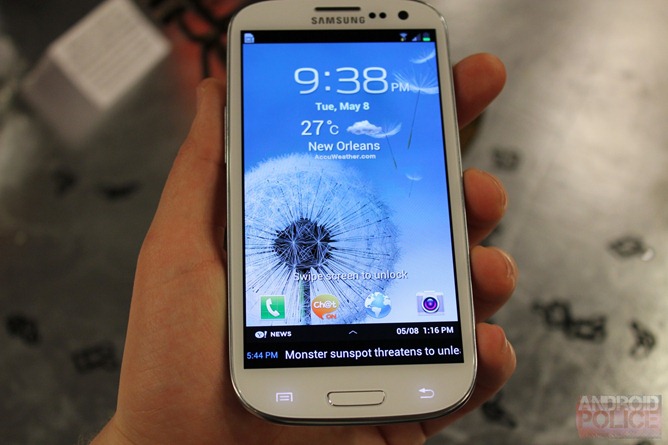 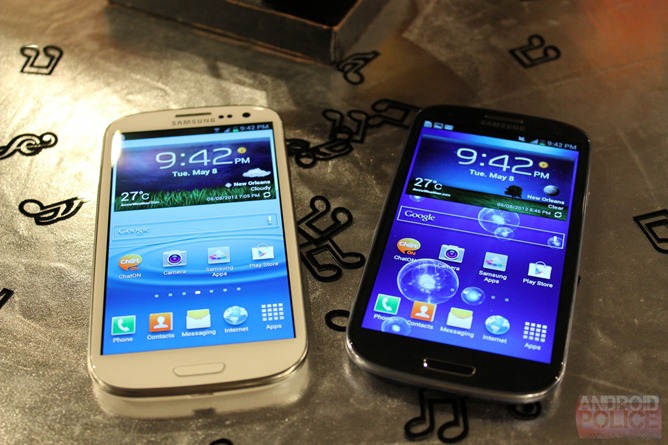 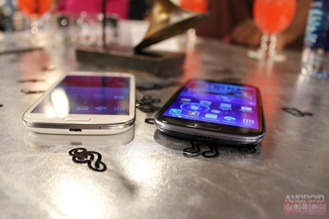 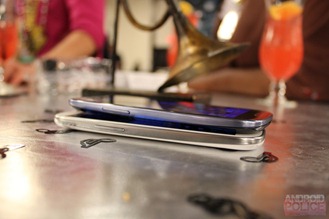 Sprint's Samsung SPH-L300 Image And Supposed Specs Leak - It's Not The Galaxy S III, But Has ICS