Sometimes, we don't want complex games. Sometimes, adding new rules or features to existing genres is a bit overwhelming. Pix'n Love Rush is, in contrast to many games that come out these days, very simple. You're in a side-scrolling platformer world and your goal is to run around collecting things sans dying. Simple enough, right? The game has a colorful retro aesthetic and easy gameplay.

The game has 4 play modes that offer different challenges, but the general idea remains the same. The on-screen controls are as good as on-screen controls can get (which is to say, okay, but not great). The game specializes in simplicity, so the casual gamer will be at home here. An infinite mode should also satisfy those who like a challenge. It's like going to the arcade all over again.

Pix'n Love Rush is available on the Play Store right now for $1.99. 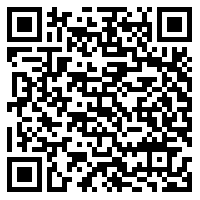 Lowe's Has An App Now, Allows You To Create Supplies Lists, Read Reviews, Or Have Items ...