On paper, these two devices appear to be relatively similar, aside from the $50 difference in price ($450 for the A510, $400 for the TF300), which leaves a lot of would-be tablet owners trying to decide which one to buy. Since this can be a tough decision to make (they're both excellent tablets), it's time for a deathmatch.

While both devices are very similar in hardware spec, there are a few defining differences between the two, check as processor clock speed, battery capacity, overall size and weight, and custom software (by the manufacturer). 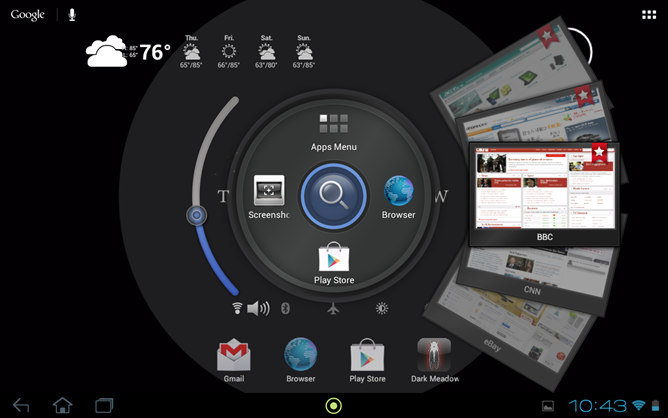 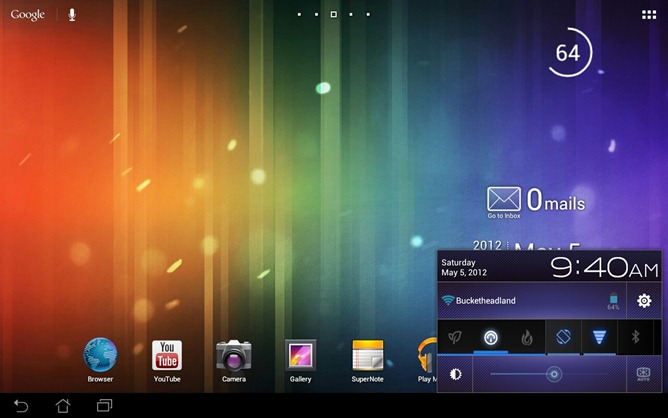 In the video I state that the Acer A510 out-performs the TF300 in every benchmark test. Shortly after recording, I downloaded and installed the latest OTA on the A510, which drastically decreased benchmark results, specifically in CF-Bench. Ergo, the TF300 now has the upper hand when it comes to certain benchmarks, as reflected below.

Note: This update didn't decrease performance in the slightest.

Some people love benchmarks. Some people hate them. While I realize the results can easily be spoofed, they still provide a simple way to get an idea of the performance of a device if left untouched.

And with that, the benchmark battle begins. 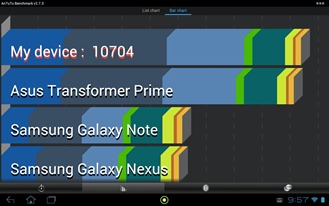 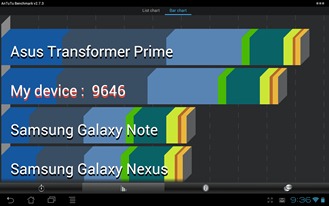 CF-Bench was among the first benchmarks to support multiple-core processors, and tests CPU and memory performance. 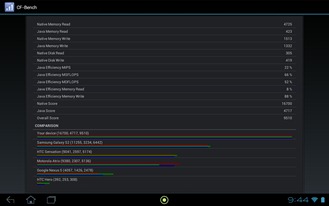 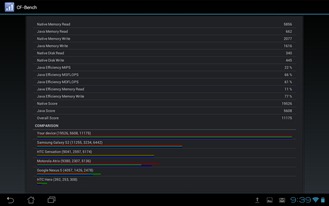 For much of its existence, Quadrant was the de-facto standard of all Android benchmark tests. While it may not be as relevant as it once was (and has been largely replaced), it's a familiar face that most everyone still readily welcomes. 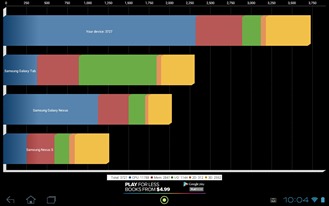 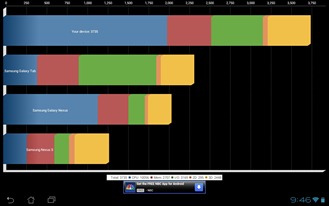 While I have openly admitted that I think the Acer A510 is the best Android tablet on the market right now, the TF300 is definitely no slouch. The A510 may have a slight advantage in terms of sheer processing power, but the difference in performance between the two is negligible. However, the A510 does get better battery life and seems to have slightly higher build quality over the TF300 (but, as a result of the larger batter, it's also a bit heavier/thicker).

With that said, it's hard to beat the TF300 when it comes to productivity, thanks to its nifty keyboard dock accessory. Of course, to add that functionality to the package, you'll have to spend another $150, which is $100 more than the A510 by itself.

The bottom line is this: If you're looking to replace your primary computer with a tablet for work/school, the TF300 is probably the best bet (as long as you pick up the keyboard dock, too). But, if you want to use your tablet as a tablet, then I readily recommend the A510.

Note: As you may have noticed, this post varies slightly from the AP norm: instead of writing a few thousand words with a short video, I put more focus on the video and wrote a shorter post. I'm interested to see what you think of this format - is a shorter video and more text better for you? Or do you prefer the short, bullet-style list with a more in-depth video? Let me know in the comments!