After the long-awaited launch of Google Drive, it was only a matter of time before users began seeing integration with Android apps. While there's no official Android API for Google Drive just yet, many devs suspected that Drive's Java API would work just fine, despite a confusing statement on Google's developer site:

Warning: Apps will not have any API access to files unless the app has been installed in Chrome Web Store. To test an app during development, you must first create a listing and install it.

Putting that idea to the test, popular (and extremely versatile) backup solution Titanium Backup has made use of the cloud service's Java API to bring Drive backup options to users in a recently released update.

Update #1: It looks like TB developers may have opted in to use the older Docs API to set this up (thanks, Andrew). 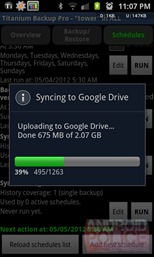 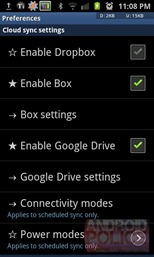 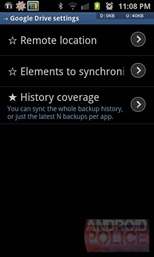 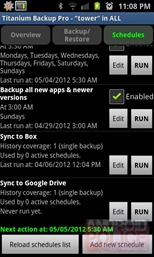 While it's great to see added Drive support, the ability to schedule Drive backups (or Box for that matter) seems to be missing, despite the app's promise to schedule Dropbox, Box, and Drive syncs. Update #2: Turns out the sync trigger for cloud backups needs to be set in existing scheduled jobs - just pick the appropriate cloud backup option in the list of things to do after a backup is complete. (Thanks, Aly!)

If you haven't already, hit the widget below to grab the update. It's worth noting, though, that only the PRO version of Titanium Backup supports Drive backup.

AT&T's One X Left Out Of Bootloader Unlock Program – HTC Cites "Restrictions" As Reason For ...