Facebook's Messenger app for Android has been updated, and here's the changelog:

Now, you're probably wondering what Facebook means by "texting" - they mean the app will send SMS notifications of your messages to people who aren't using the app but are on your friends list, and have their mobile phone number listed on their profile. And they have to opt in to this feature in the first place. Which, honestly, seems utterly useless. Really, it sounds more like they're just calling using Facebook Messenger "texting" in order to confuse / lure the less technically inclined into using it. Shady much? 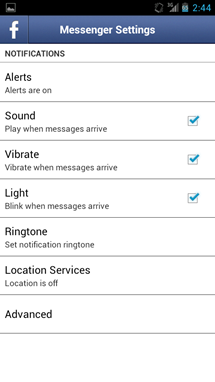 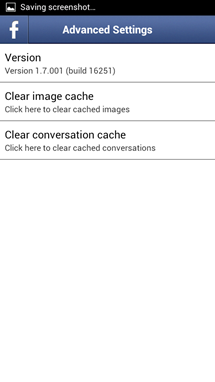 Basically, all you need to know is that Facebook Messenger now has a feature that shows you if someone has read messages you've sent them - that's really all that's changed. And they're trying to trick your mom into thinking it's equivalent to SMS messaging with the new description, and by placing it right next to the stock Android Messaging app. Thanks, Facebook - you stay classy.

Verizon Motorola Droid 3 Getting Updated To Version 5.7.905, No Ice Cream Sandwich In Sight