To our friends overseas: no spoilers! Depending on where you live in the world, you're either coming down from an Avengers high, or eagerly anticipating the end of your four-year wait for this movie. Either way, you could probably use a little more of Marvel's most famous superheroes of late in your life. So, here. Have an official live wallpaper.

The live wallpaper costs $0.99. We say this because, although you can download it for free here, the wallpaper requires an in-app purchase of 99 cents to unlock the heroes. So, unless you've been waiting for years to see that sweet Avengers logo and a burning car, this app just costs a buck. As a side note to Cellfish Studios: this is extremely dumb. I'm sure there are plenty of people willing to pay a dollar for a live wallpaper, and zero people who would not, but would be willing to pay a dollar to unlock key features of a free live wallpaper. Just charge a dollar and be done with it. 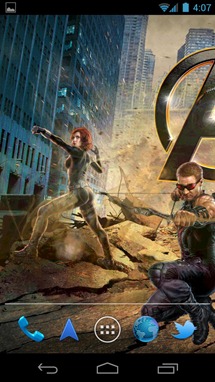 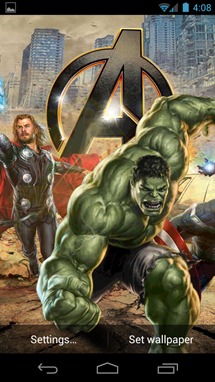 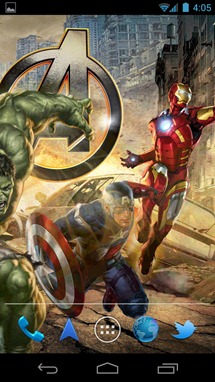 The wallpaper also has surprisingly limited compatibility with many devices. Then there's the scrolling issue. While the images from the Play Store seem to imply that the wallpaper will scroll, neither Artem nor myself were able to get this to work. Hopefully on some other devices it will.

If you're one of the lucky ones that this wallpaper works for, and you don't mind some scrolling issues (or don't have them on your device), grab it from the widget below. And, for you 'Murricans: four days to go!

Cellfish Media reached out to us to let us know that the company has updated the live wallpaper to fix the scrolling issue. However, "fix" is not quite accurate. Now, in the settings for the live wallpaper, you can select "auto-pan" to make the LWP automatically scroll. With this feature you won't lose out on the bulk of the characters you spent $0.99 to unlock, however it doesn't actually pan as you swipe. It's an odd fix, but at least it's not clearly broken.

[New App] Zillow Releases Houses And Apartments Rental App, Lets You Select Where You Want To ...