If you're on the Sprint network, and you're thinking about upgrading to the Galaxy Nexus, you might want to hold off for a bit. Some users in Sprint's forums are reporting that they are unable to connect to Sprint's 3G data network, instead only able to get data via WiFi. Ouch. 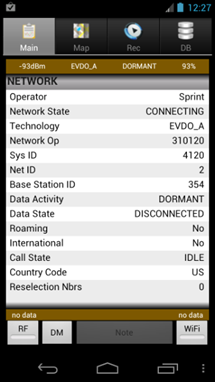 Said one user, who attached the above screenshot:

Every now and then it will get a data connection and the network state changes to CONNECTED, but that will only last for a few seconds.  It doesn't matter if I'm in an area with 2bars or 5 bars, same results.  I've tried toggling all of the differnt options under Mobile Networks.

This is unfortunate news for Galaxy Nexus owners. For starters, Sprint's LTE network is not live yet. While the Galaxy Nexus is capable of connecting to Sprint's LTE network once it's up and running, the Now Network hasn't actually activated any LTE markets as of...um...Now. These connection issues, however, are concerning Sprint's 3G data, which makes things worse for these users.

A Sprint admin on the boards had this to say:

Sprint/Samsung are aware of this problem and will be releasing a software update to resolve the issue.   Can't commit to a date yet, but they are trying really hard to get it released early next week.  Sorry for your troubles.

Well, at least they're working on it? Hopefully affected Galaxy Nexus owners won't be without data for longer than the weekend, but in the meantime: do you have a Galaxy Nexus on Sprint and, if so, are you having network connectivity problems?