Almost one year ago, Acer released its first Android-powered tablet: the Iconia Tab A500. It entered the market at an excellent price point, while still offering the same hardware specs as the then-current tablet top-dogs. As a result, the Android community embraced this budget powerhouse, making it one of the more popular Android tablets of 2011.

Fast-forward to the present, and the A500's successor, the A510, is now available. This is more of an incremental update to the A500, as it packs the NVIDIA's powerhouse quad-core Tegra 3 superchip, but the majority of the other specs are nearly identical to its predecessor. That's not necessarily a bad thing here, though - dollar for dollar, this is one of the best tablets I've ever used.

With that in mind, let's take a closer look at this next-gen slate. 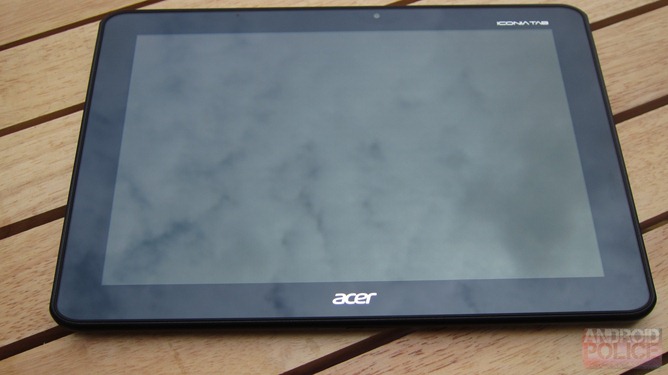 The Good, the Bad, and the Details

Update: After spending some time tweaking the Dolby Mobile setting, the speakers actually sound pretty good. I'm leaving the negative point in place down below, but, with enough tweaking, this tablet can actually produce some quality audio. 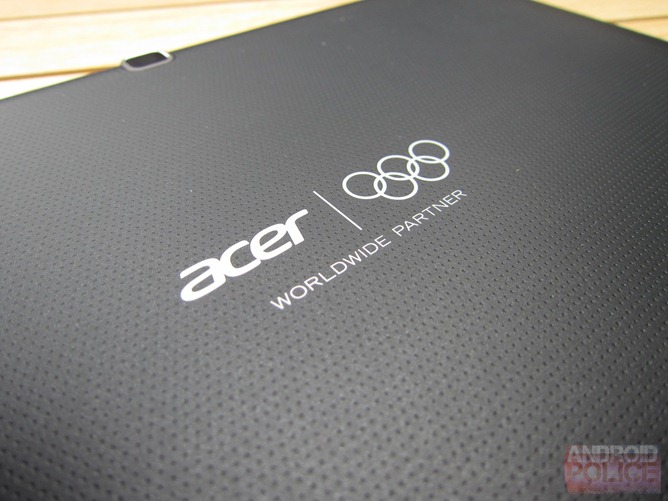 Like I said earlier, when I took the A510 out of the box, I was immediately surprised at how good it felt. I also have an Acer A100, and the build quality here is light years ahead of what the A100 has to offer. Everything about this unit feels incredibly solid and well made.  The back is made of a hard plastic with slight texture - a step apart from the cold spun aluminum of the Transformer Prime. Thankfully, this doesn't make the device feel cheap at all. All of the buttons feel great; there's no wobble or any other movement other than what there should be. They also stick out from the sides a good amount so they're quite easy to find and press.

While this tablet is a full 1/10th of an inch thicker than the Transformer Prime, the difference is negligible once you're actually holding the device. The weight, however, is definitely noticeable. In fact, that's probably the main downside of this device: it's just heavier than I would've liked. It's not a deal breaker by any means, but it is something to consider.

This is where the A510 really shows what it's made of. When it comes to performance, the A510 can keep up with anything that you throw at it - surfing the web, watching movies, playing games - the A510 handles it all with ease. During my time with the A510, I haven't experienced a single slowdown or force close, though it did seem to have a kernel panic and shut itself down at one point while watching a YouTube video on the mobile site. I'm not entirely sure why this happened, but the back of the device was quite hot, so I imagine that something was overworking the processor (though I've no clue what it could've been). Once it restarted, I went back and watched the same video again without problems. I haven't had any other issues similar to that since, so I'm just going to chalk that one up as some weird quirk.

While everything on the A510 is fluid and quick, it really shines when it comes to playing games. I recently reviewed The Dark Meadow using the A510, and didn't experience a single issue the entire time - despite all the added textures and depth of TDM, the A510 powered through it like a hot knife through butter. 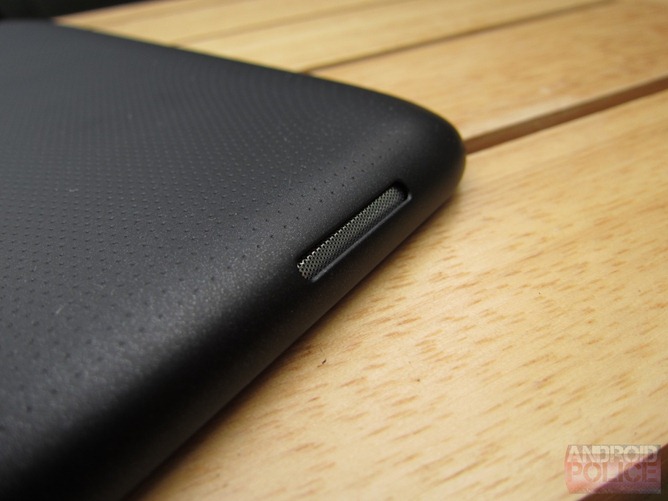 The biggest annoyance on the hardware side of things is definitely the speakers, in both sound quality and placement. First, I'll address the latter: the speakers are located on the bottom ( while in landscape, that is), which I initially thought wouldn't be so bad. Then I tried to use the device will laying bed, where, like most people would, I rested it on my stomach. Guess what? I couldn't hear anything. And that's just annoying.

To add insult to injury, when I actually could hear something from the speakers, it was incredibly lackluster. When you start to add a few different layers of sound (with music, for example), it just sounds awful. Of course, I realize that most people don't buy a tablet for its audio quality, but if listening to music without some sort of external speaker is something that you could do on a regular basis, then this tablet leaves a lot to be desired. If, however, you will just be watching the occasional YouTube video, playing a game, or watching a movie, then they're probably acceptable.

When it comes to battery life, Acer touts that the A510's 9800mAh battery offers 12 hours of constant video playback, and I'm inclined to believe that it can actually pull that off (or at least pretty close to it). I've been using the A510 pretty heavily for four straight days now, and I would say that it could easily go for 12 hours of constant use without needing a charge, unless you're playing a lot of graphically intense games (which will, of course, eat more battery).

The recharge times is actually not bad at all on this device either. Once depleted enough to warrant a charge (<20% remaining), it juices up pretty fast - probably about two hours to full. 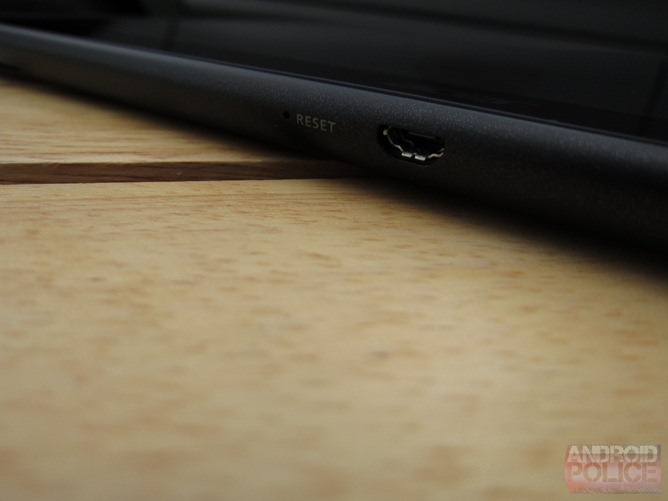 When I first realized that the A510 charged over microUSB, I got really excited. That excitement was quickly shattered when I tried to charge it with various chargers to no avail. Although the port is indeed microUSB, the included charger is the only way it will charge, which is such a disappointment. Sadface. Given that one disappointment, though, I'm still quite pleased with the battery life on the A510.

Some people really want a full-sized USB port on their tablet, and while the A510 doesn't actually pack one, it does come with a USB host cable that allows full-size USB devices to be plugged into the tablet, which is great for anyone who wants this feature.

As you already know, the A510 runs Android 4.0.3, which is absolutely fantastic on a tablet. However, Acer decided to throw some of its own tweaks into the system, as well. 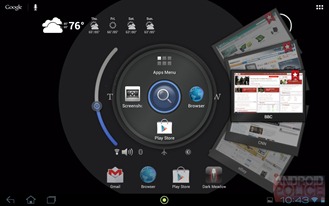 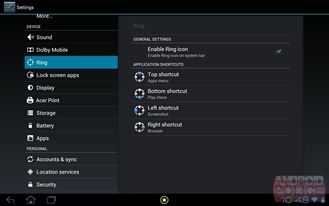 Meet the Acer Ring, Acer's small addition that actually does a great job of making Android better. The Ring made its first appearance on the A200, and returns on the A510. To pull up the Ring, simply tap the yellow(ish) circle in the middle of the notification bar. It brings up a circle in the middle of the screen with shortcuts to four user selectable applications, bookmarks on the right side, a volume slider on the left side (which is slightly superfluous, considering there is a volume rocker), and a link to Google search directly in the middle.

My one issue with the Acer Ring is the icon: Acer could've used something a bit more subtle here. I get that people need to know it's there, but once you figure out what it is, there's not much of a reason to have such an ugly little eyesore in the middle of the notification bar. I would've loved it if Acer offered a few choices for the Ring icon; still, the Ring is still incredibly useful and a nice feature. If, for some crazy reason, you don't like the Ring or find it useful, it can be completely disabled (good job, Acer!). The Acer Ring isn't the only modification that Acer has made here, either; the lockscreen has also been slightly modified in a ridiculously useful way. 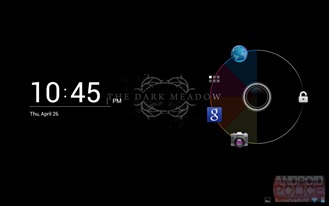 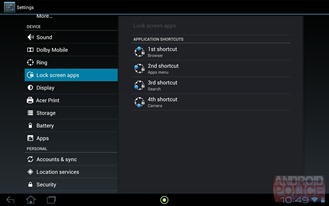 In stock ICS, there are two options on the lockscreen: unlock and camera. Acer decided that this area could be used for so much more, so the lockscreen on the A510 has five options: four slots for user-selectable apps and one for unlock (of course). This is an absolutely wonderful feature, because you can launch frequently used apps (or even the app tray) directly from the lockscreen (it even includes a nifty, yet subtle animation!). 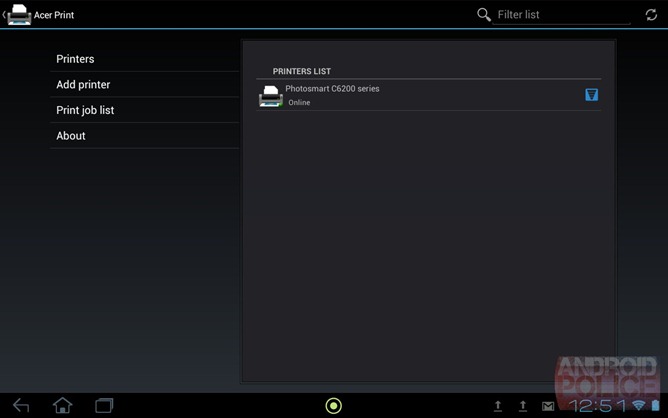 Acer also included a feature called Acer Print that allows you to, you guessed it, print things. Print is built directly into the browser, but many other applications can "share" things with Acer Print, effectively sending it to the printer. I was a bit skeptical of Acer Print at first, as I've never had good luck with printing from Android (even with Google Cloud Print); much to my surprise, however, Print worked exactly as it should've from the very beginning. It found my network printer almost immediately and had it setup and ready to use within seconds. From there, I used the "send" feature in a Google Drive document, and it went straight to the printer without issues. Very nice.

Other than those few unobtrusive and useful features, Acer hasn't really done a lot to mess with stock ICS. It did, however, remove Face Unlock for some reason. 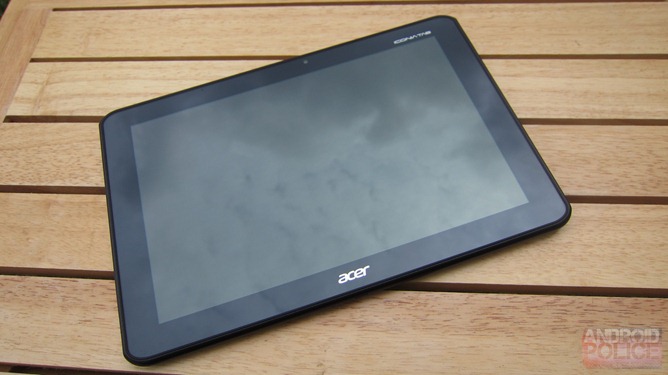 This is one of the key elements that can either make or break a tablet. It can have all the horsepower in the world, but if the display is crap, it ruins the entire experience. The A510 has a TFT display, which can be pretty hit and miss as far as display quality; fortunately for Acer, the A510's display is definitely a hit.

The A510's TFT panel is a bit on the cool side, so the whites look almost blue-ish. Compared to the Transformer Prime's Super IPS+ panel, however, it still looks quite good. In fact, my wife prefers the display on the A510, as she said the Prime's display looks "dingy" in comparison. Personally, I don't have a preference between the two in terms of color and saturation.

If you've ever used the 7-inch Acer A100, then you already know it has absolutely wretched viewing angles (it also has a TFT display), so I feared the same for the A510. Luckily, the viewing angles on this device are pretty fantastic - its easily comparable to that of the Galaxy Tab 10.1 and Transformer Prime. 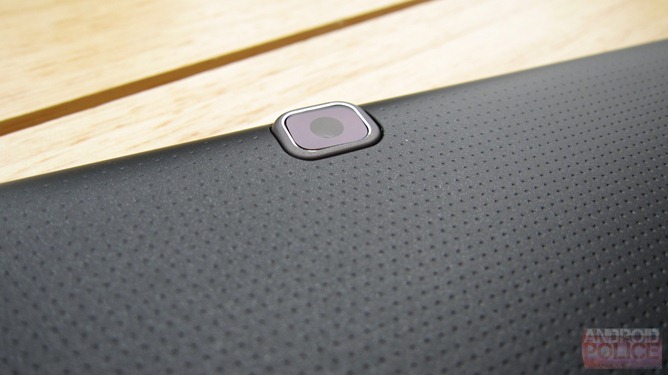 Does anyone actually use their tablet to take pictures? I didn't think so. Either way, the camera is part of the device, so we might as well take a look at it.

Like with most tablets, the A510's camera is quite unimpressive. Colors are washed out and lackluster at best. I'll let he images speak for themselves here. 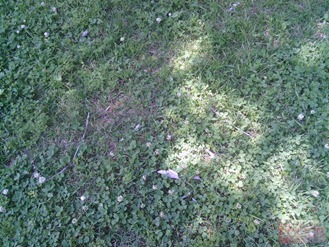 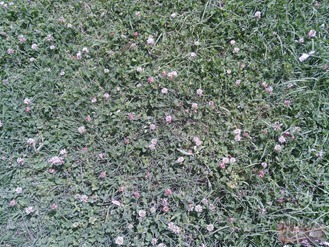 Left: in shade; Right: no shade 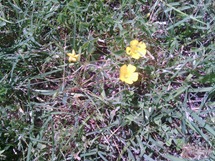 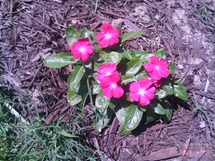 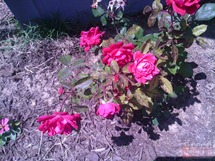 It's official: this camera is made entirely of suck. 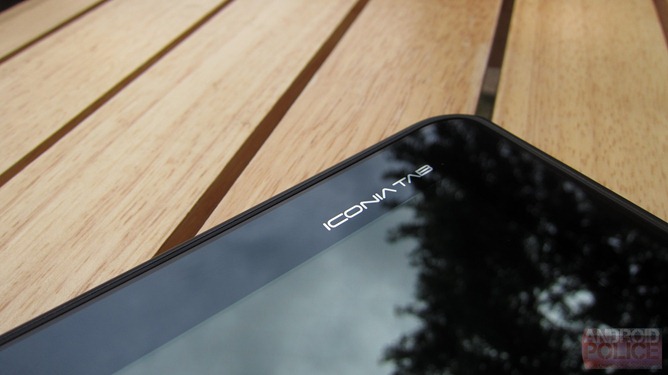 After spending several days using the A510 full-time, I can honestly say that it offers one of the best tablet experiences that I've ever had. It's fast, fluid, feels great, has good battery life, and Acer didn't overload it with custom crapware.

The speakers and camera may be shoddy, but neither of those things are the primary reason that anyone buys a tablet. If you're otherwise looking for a premium tablet experience without the premium price, then the A510 can easily give you that.

Of course, it's not without some pretty stiff competition; the Transformer Pad 300 recently became available, and it offers similar specs to the A510, but at a full $50 cheaper. While I can't personally attest to the build quality of the TF300 compared to the A510, these two powerhouse devices will definitely be colliding on the sales floor.

If you've already made up your mind that this is your next (or first) tablet, you can pick it up right here.

MEElectronics S6 Sports Earbuds Review: $20 Worth Of Sound + $30 Worth Of Sportiness