Well, what do you know - another Galaxy S III leak! Only this time, it's directly from the source. You see, the Galaxy S III has made an appearing in Samsung's own program used to manage its mobile devices, called Kies. 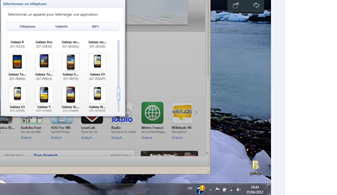 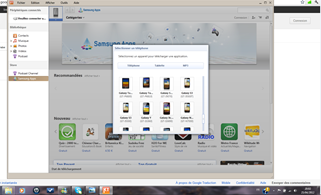 This basically verifies two bits of information: the device name and model number. There have been rumors that Samsung may call it something different and make it more of an incremental upgrade to the S II, but unless there's a change of heart between now and the release, it looks like it's officially going to be called the GSIII.

Aside from that, it's clear the GT-I9300 is, in fact, the model number for the SIII. Again, there have been rumors that the I9300 is a different device altogether.

What this doesn't show us, however, is what the device looks like. While the images may be tiny, it's pretty obvious that the device in the GSIII's slot is the Galaxy Note - so it's clearly a placeholder. It's not that big of a deal though; we should have all the details we can eat about this device in a little over a week.

Google Drive "Support" Is Coming To Linux, Pray That It Doesn't Involve WINE