A long time ago (read: about 4 years), in a galaxy far, far away (read: Silicon Valley), a guy named Drew Houston started a little company called Dropbox. After securing seed funding from Y Combinator, Dropbox officially launched in 2008 at the TechCrunch50. To say nothing of the complexities of implementation, the idea was simple: put your files in one place, access them anywhere. And apparently, the idea was also a really good one: as of October last year, Dropbox had over 50 million users, doubling from a figure of 25 million in April.

Today, Dropbox is without a doubt the preferred method of sharing and storing repositories of files (as opposed to mere individual ones) on the web. Here at Android Police, it's definitely what we use for the bulk of our internal file sharing, and we don't really see that changing any time soon. Dropbox is a great product. And although a major security snafu last year compromised a number of Dropbox accounts, it clearly wasn't enough to derail the company, yet more evidence that Dropbox provides a service that many people have no equivalent alternative to.

But now, there's Google Drive. Google Drive aims to do everything Dropbox can. Our own Ron Amadeo went through the service piece by piece in detail, but found it lacking (or broken) in many respects, especially when compared to Dropbox. I've also been giving Drive a go, and so far, the only advantage I've seen over Dropbox is Docs integration (I use shared docs fairly regularly). And the pricing - but we'll talk about that later. 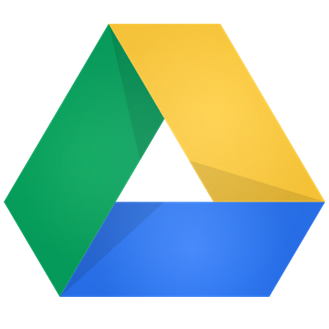 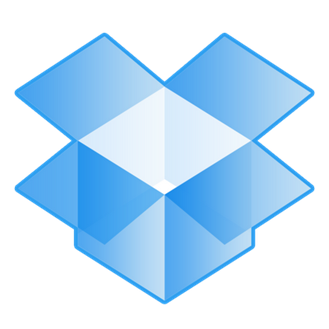 You have to admit, even the logos bear a striking geometric/stylistic similarity.

For disadvantages, I can count quite a few. There are no shell actions for Drive in Windows. The sync is slow, and for shared folders in particular, highly unreliable at this point. There's no ability to generate a quick download link. The tray icon won't let you double-click to open your Drive folder (this is a bigger nuisance than you might imagine). There are no Android apps with Drive API integration (and it's unclear if that's even possible at this point). Basically, it all feels like a very beta Google product, sans the beta tag. But this is something we've come to expect from Google.

Google+ as launched looked pretty different from the Google+ we have today - which is already better in a lot of ways. Android itself has been a bit of an experiment until recently, having made radical visual changes (as well as adding a lot of features) in its latest form, Android 4.0. But that's how Google does things: launch first, listen to user feedback, then adapt and optimize while adding new features along the way. It's a formula that allowed products like Gmail, Android, Maps, and YouTube to thrive. So, that leads us to this article's real question, will Drive be one of those success stories?

Docs To Drive: Breathing New Life Into A Stagnating Service

Google Docs isn't wasn't very good. Well, I take that back - most of it isn't wasn't very good. Google Docs does did (OK, I'll stop) one thing very, very well: collaborative editing and sharing. More importantly, it makes doing those things stupidly easy. When sharing documents that need live editing and simple ownership permissions, there is no better free tool than Google Docs. While Microsoft, Adobe, and various other smaller software firms put out collaborative editing software, almost none of it is free, and of those that are, they aren't nearly as easy and convenient (or often as good) as Docs. I am 100% convinced that any and all of the loyalty people who actually use Docs have in the service exists for this reason, because as a word processor or spreadsheet creator, Docs just kind of sucks when put next to Microsoft's comparable products.

It's those same loyal, but logical, people that will form the initial user base for Drive. I'm already using Drive, if only because it makes the process of opening and organizing my shared docs a whole lot easier by allowing me to do it all from Windows (Explorer is infinitely better for organization than the Drive web UI). Of course, I'm also using it just because it's something new from Google, but that's kind of secondary here. And because I'm using it the way I am, I don't see the Drive icon vanishing from my taskbar any time soon: I'm definitely waiting this one out, because I need Google Docs.

Google knows that people like me will stick with Drive, because we need it. We're basically guinea pigs stuck in a locked cage, and because of that, we're going to be extra-sure to voice our complaints with the service, loud and clear. Google is counting on this - feedback is an extremely useful tool, and while many of the complaints may be obvious, the volume of users making a particular gripe can help guide the product team's priorities (the left-click is right-click on the systray icon will change very soon, I'm betting).

This is what Google does - it evolves its services quickly and hopes one, two, or even three years later that the collective changes result in a product that is better, more versatile, and more fully-featured than it was when it started. Google's founders have said on numerous occasions that the company's goal when designing a product isn't to look at competing services and mimic them, but to look at an existing market and think about how it can make something better than what's available. This inevitably results in the complaint that "new Google service X doesn't do what existing service Y does." It's not that those complaints are unjustified, but it's clear they arise because Google is less concerned about checkmarks on a feature comparison box, and more on getting you hooked with Google integration or some cool, new idea they've come up with.

Drive is the former - Google is planning on getting you by integrating Drive into what you do with Google products already on a daily basis. This alone won't cause anyone to abandon Dropbox yet, though. Drive integration remains meek, the service itself is clearly unfinished, and because of that, largely unattractive to anyone who doesn't already use Docs fairly regularly. But Google does have one ace up its sleeve: pricing.

Begun, The Price Wars Have

As you may already be aware, Google Drive is cheaper than Dropbox. And for lesser storage capacities (aka most users), by a lot. Google offers 100GB of storage for $4.99 a month - that's half what you'd pay for 50GB on Dropbox. And with an alluring $2.49 a month 25GB option that Dropbox lacks (I guarantee there was lots of research done to decide 25 was a good number), Drive is clearly the low-price winner for the majority of users.

Workgroups needing large amounts of cloud storage will save less comparatively, with a mere $15 per month separating Google and Dropbox's 1TB fee, but even so, Drive still has the cost advantage every step of the way.

Dropbox would never be able to compete with Google should a real price war break out. Google builds many of its own servers and internal networking pieces, has vastly more capital, and can live on a smaller margin than Dropbox could ever hope to. Dropbox knows this, and so I doubt we'll see them following Google down the discount rabbit-hole too far. One thing I can see is an expansion of the standard amount of storage space afforded to free users, because Google Drive provides more than double the space afforded by Dropbox.

While Dropbox's refer-a-friend to get more storage model has definitely helped the company, and provided many users more than that initial 2GB, most people probably won't want to go through the hassle for those extra gee-bees. For now, Drive definitely holds the cloud storage title for value for money.

Is Drive's Rise Inevitable Over Time?

Almost certainly. As Drive evolves (and it will), those quirks and bugs and missing features will slowly but surely start to get filled in. And really, it's those things that make it demonstrably unsuitable as a replacement for Dropbox at this point. Sync will get better, contextual actions in the local client will be improved added , the app will get more versatile, and integration with Android (including an API) and more Google services will surely arise.

But will this kill Dropbox? That's a harder question. If Dropbox sits around and basically does nothing to add value to its service over the next year or two, it's dead in the water, no doubt. While Dropbox already has Android (and other) APIs that work well, superior sync performance, and a better desktop client, those are all things Google can easily match - given time. And when that happens, Google's attractive pricing means that it will start to take users from Dropbox as a simple matter of economics. Dropbox won't be able to stop that. But Dropbox won't sit idly by while the competition buzzes past, it's going to compete like its life depends on it - and that's how innovation (read: cool stuff) happens.

Dropbox is making more deals with mobile device makers to include free Dropbox storage with new tablets and smartphones (HTC owners, for example, get an extra 23GB for two years), and that's a great way to get more people using the service. To stay competitive, though, Dropbox will need to innovate; it needs to come up with ideas that makes its service more distinct, easier, and more noticeable than Drive - and while I don't envy the guy with that job, I'm definitely interested in seeing what he comes up with.