Just a few days ago, the CyanogenMod team informed us that their new servers - capable of building CM9 in nine minutes (although the majority of devices are limited to CM7) and purchased through generous donations - were just about ready to start cranking out nightly builds for supported devices. According the CM download site, the first wave of these nightly builds seems to have hit.

Updates seemed to have rolled out for most devices, while a few are conspicuously missing; possibly abandoned by their maintainer, but more likely some are still being built and will be released shortly. You can find the nightly build for your device if it's available, but remember - these builds are not finished products, so they may not be completely stable. Also important to note is that the team may take a few more days before these builds are actually coming out on a predictable, consistent basis, so they may not be so nightly after all. 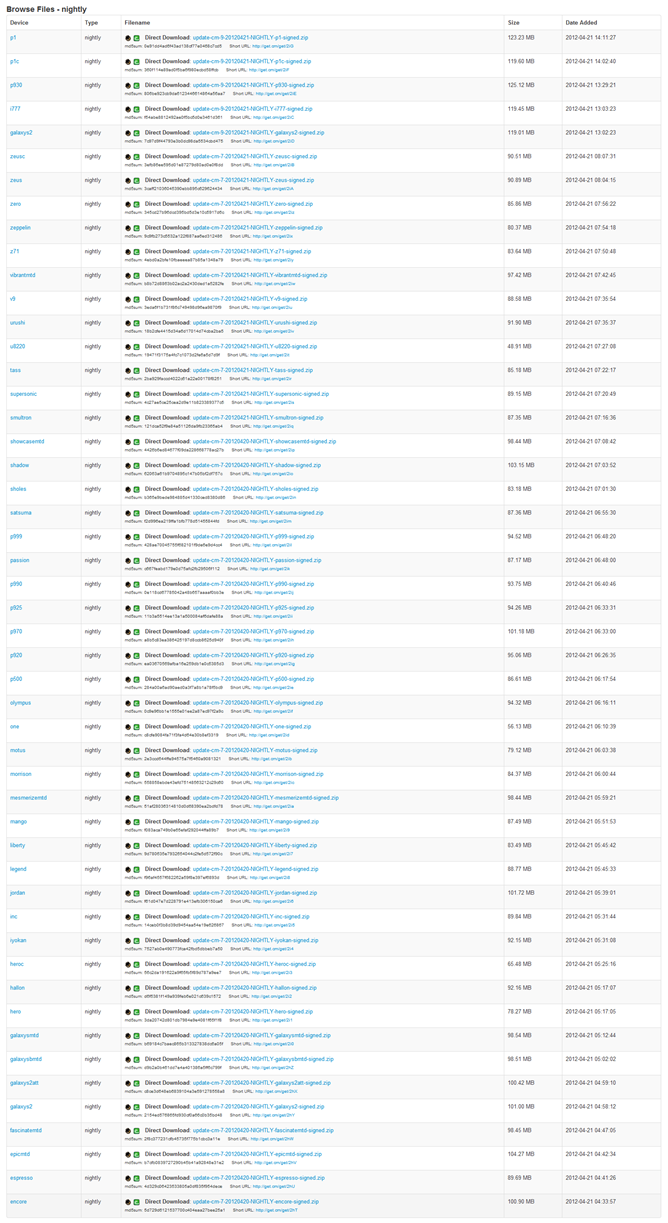