If you've been looking to jump ship from the carrier juggernauts and get in on Sprint's promised "truly unlimited data", may we suggest now might be a good time to do so? From now until March 26th, all of Sprint's 4G phones (read: Sprint's best phones) are available for a penny with a new activation. Sorry upgraders.

Update 4/20/12: All Sprint Android phones are free again thanks to the Sprint Through Spring promotion... well, at least until the Galaxy Nexus shows up. Remember, offer ends April 30th and midnight PDT. 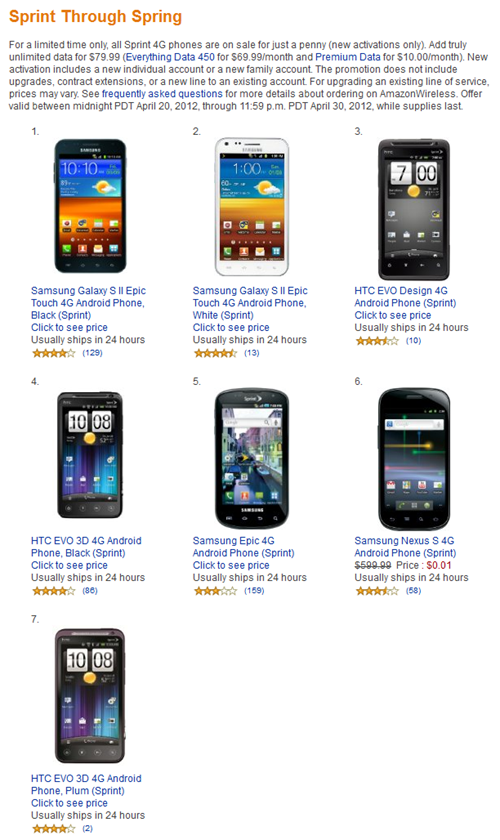 Amazon is even waiving the activation fee, so you'll be hard pressed to find a better deal on a shiny new Epic 4G Touch right now. The deal also covers the Evo 3D, and the Nexus S, so whatever your tastes are, you can get a high-end phone on Sprint right now for pretty cheap.

Of course, all these "4G" phones are WiMax. While Sprint's future with LTE is a little muddy right now with Lightsquared's various woes, Sprint is still pushing heavily into the LTE ring. Your WiMax phone won't suddenly cease to work, but the informed consumer should still know that Sprint isn't planning much more development in WiMax networks. If you don't have WiMax coverage now, don't hold your breath on getting it in the future.

If you'd prefer your LTE now rather than in a couple of years, Verizon is also offering deals on anything with a LucasFilm trademarked name on it. No Nexus devices and not all for a penny, mind you, but several DROID-branded phones are also on sale. 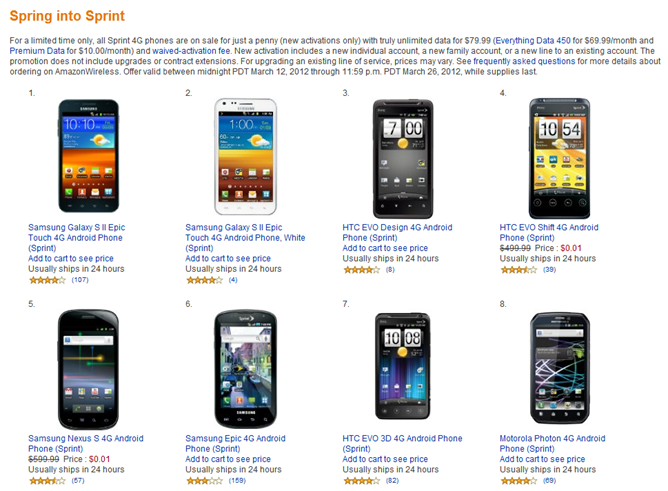