Update: We've gotten official word from Sprint - the EVO 3D is officially on the way out:

The award-winning HTC EVO 3D is no longer available through Sprint.com. Quantities are limited, but customer can still get HTC EVO 3D at Sprint Stores nationwide.

So here's an interesting little fact: if you go to Sprint's site right now and look for the EVO 3D, you won't find it. Really. Go look for yourself, we'll wait.

Back? Told you it was gone. The bigger question here, though, is why. And for that, we don't quite have a good answer. Perhaps Sprint said "you know what, we don't like this thing anymore. Plus, the EVO 4G LTE is coming soon. Let's get rid of it." Or maybe not. Maybe it's just some weird thing and they took it off the site to see if anyone would notice. Well, you know what, Sprint? We noticed. So if that's your game, put it back. We won. 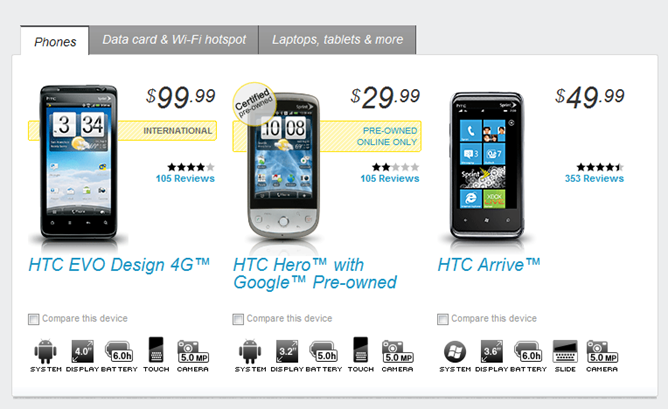 It should be there. Where'd ya go, little guy?

Or maybe it's none of the above. It could be a mistake. We've reached out to our Sprint contact to see what's going on, but until then, we urge everyone to keep an eye out for this missing device. It's about 4.3-inches and has two cameras. If you see it, let us know. We'll be assembling a search and rescue team shortly.