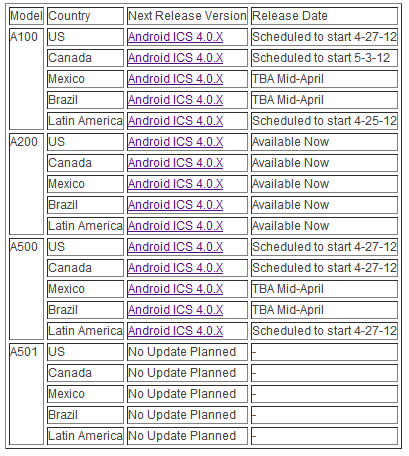 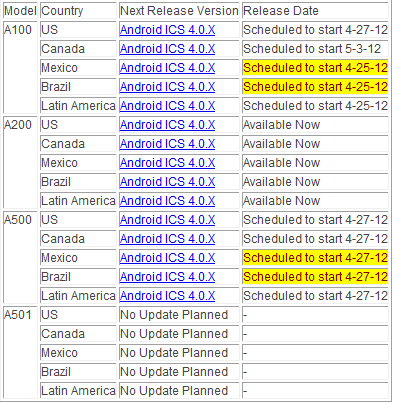 The aforementioned April date is only for the US variant of the devices, though. Latin America is actually getting its updates under way a few days earlier, but sadly, Iconia A100 owners in Canada will have to wait until May 3. Mexico and Brazil will be left hanging until some nebulous "mid-April" date that might be Acer's way of saying "eventually."

The Android 4.0 update (early versions of which leaked in February) will bring a faster interface, Acer's Ring feature for quick access to apps and settings, and better image capture. You can start mashing the update button very soon, but until then - patience.

Acer's Iconia A510 Is Available From Amazon Right Now In Black, For Pre-Order In Silver