Rumors about the mythical Google Drive have been ramping up lately. The rumored Google Drive is gunning for Dropbox with universal storage and sync. The Next Web is reporting that the service may launch as early as next week, giving users an initial 5GB of storage space that will sync between Windows, Mac, Android, and iOS devices. Pretty sweet! 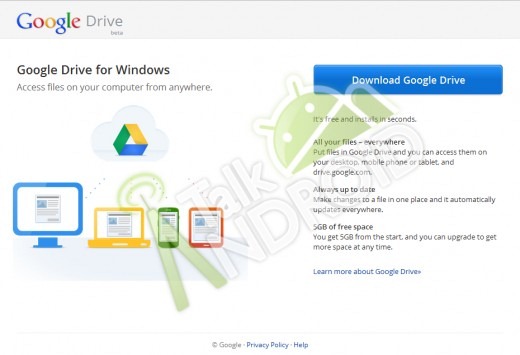 Earlier rumors suggest an early April release which we're pretty well past now, but with the intensity rumors have been milling about lately, it would surprise us if it wasn't going to drop soon. There's still some questions to be answered about just how it will work, but what do you think? Would a Google Drive pull you away from Dropbox (or whatever other service you're using)?

Source: The Next Web via The Verge

Quickoffice Creates Its Own Cloud Drive, Lets You Put Your Documents There... For A[n ...

[Review] Demolition Inc. THD Is A Game With Amazing Physics, But Doesn't Quite Deliver On The Chaos