Earlier this week, the Pantech Burst was rooted by jcase, Attn1, and IOMonster. Now, using that same exploit, the Burst's tablet cousin, the Element, has also been rooted. 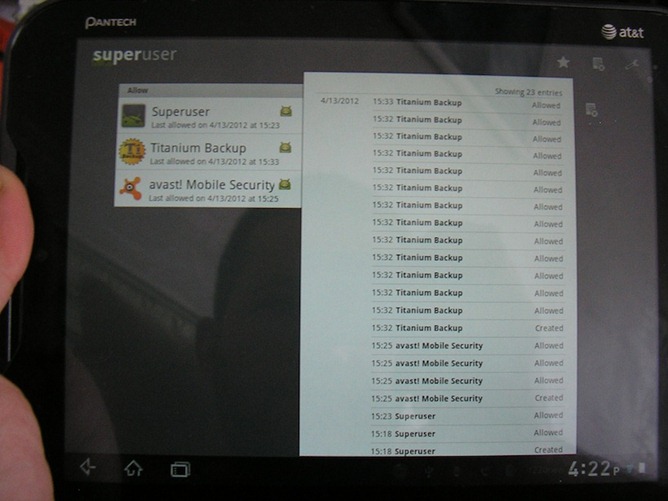 Like with the Burst, the process is ridiculously easy. In order to root the device, however, you'll need a couple of things:

Once you have that taken care of, navigate to where you downloaded CWM and the insecure boot image, extract the folder, and launch a command prompt (shift+ right click > open command window here; Note: this doesn't work in Windows 7's libraries - you must be in the actual folder). Once you've done that, execute the following commands with the device plugged into your PC:

After that, just install SU from the Play Store (or grab the flashable version from here and flash in CWM) and you're done. You now have a rooted tablet with ClockworkMod recovery!

As always, if you hit any snags, hit this thread on RootzWiki. Good luck!