Prev
Posts in the last
24 Hours
sorted by
Hottest
Next
Update:  Looks like Remedy made good on its promise to release the game globally, albeit a bit later than anticipated. Either way, go ahead and hit the widget, international users, you can have it now.

iOS got a head start in the mobile gaming arena, but as Android has skyrocketed to the world's most popular mobile OS, game developers have been migrating their hits to Google's platform. Now Death Rally is throwing its top-tier, top-down racer into the Android ring. The high-octane, testosterone-fueled, madhouse of pain and destruction has been initially released to our polite neighbors to the North, Canada. It was the obvious choice.

The game will be free to play, though Remedy Entertainment has elected to use the in-app purchase model to support itself with optional modifiers and bonuses. Hang on. Don't run off yet. It's unclear yet just how many of the upgrades will be in-app purchases, but gameplay will be entirely free, which is more than we can say about the iOS version. That being said, the rise of this bait-and-switch method of enticing users with free games and then nickel-and-diming them with extras is a little disconcerting.

Still, Death Rally has been a crowd favorite on iOS and the Android port looks just as well-made as it's fruit-flavored counterpart. If you're living in the great white North, you can grab this molotov cocktail of a game from the Android Market right now. For everyone else, Remedy Entertainment says to expect the game ready for a worldwide release some time in March. 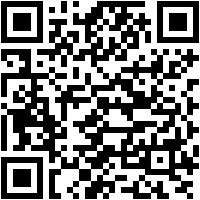 Archos 101 G9 Turbo Review: A Good Budget Tablet, Largely Because It Gets Out Of Google's Way