Prev
Posts in the last
24 Hours
sorted by
Hottest
Next
Update: According to The Verge, HTC has indicated that it's "aware of the reports," and is currently investigating the situation. Stay tuned for further info.

Update 2: Turns out that HTC is ready to make good on this issue, but only by telling customers to return their chipped phone to the store from which it was purchased and get a replacement. If, however, you'd rather send it off to HTC to be repaired, that's always an option. Below is HTC's official statement on the matter.

HTC is committed to delivering a high quality product and great experience for all our customers. There have been a few, isolated reports of this issue. The finish on the One S was laboratory tested as being at a hardness similar to ceramic. While that's hard, it doesn't mean it's impossible to damage. Regardless, HTC takes quality very seriously and are providing all customers with an immediate fix and we are implementing some small changes to ensure customers do not experience this issue in the future.

Could it be that HTC's Micro-Arc Oxidation process isn't all it's cracked up to be? The process, which HTC promoted in a video last month, involves running 10,000 volts of energy through aircraft-grade aluminum, creating a thin ceramic surface, and resulting in a body that's 5x stronger than aerospace aluminum and 3x stronger than stainless steel. HTC boasted that this process would essentially eliminate the need for any sort of protective case, but some users are beginning to second-guess the claim.

XDA user enlan recently opened a thread containing photos of a One S with rather unsightly damage near the sharp top edge of the device, causing several other users to chime in, either confirming that their devices had similar damage or questioning how HTC could make such an oversight. 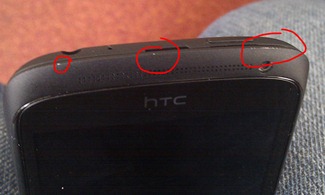 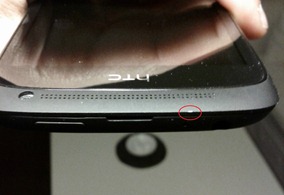 While it hasn't been confirmed that the issue is due to a production flaw related to the micro-arc oxidation process, many users suggest that perhaps the ceramic surface is simply unable to "hold on" to the aluminum body, either when dropped or through normal contact with other objects. From user reports, it would seem that only the black version of the One S is affected, as the grey/silver version does not undergo the same MAO process as its counterpart.

HTC, meanwhile, is remaining silent, and has not responded to our attempts to reach out.

Of course, we'll be here to update you on any word from HTC or further developments. In the meantime, let us know if you've experienced chipping issues with your One S by voting in the poll below.

LG Viper 4G Now Officially Available For Pre-Order From Sprint, Gets You LTE And A Dual-Core ...