Dolphin Browser has always been one of the better browser alternatives on Android, and with version 8.0, it's about to get a bit better. In addition to a nice even version number, the update adds a menu bar along the bottom of the browser, an improved Add-on sidebar that's not confusing to look at, and a shiny new Dolphin button for easy access to the Dolphin Sonar and Gesture features. 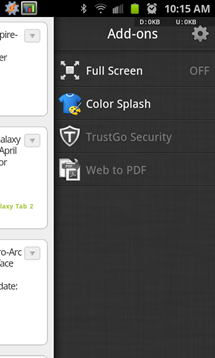 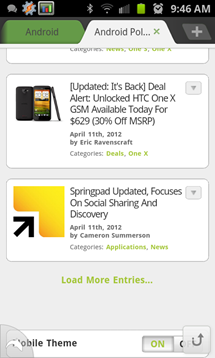 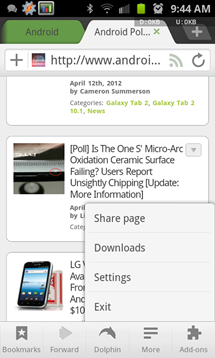 The new menu bar is more than a little reminiscent of Android's Action Bar, however this one is still only triggered when you press the menu button, so it's not quite as handy. The Add-on sidebar has also been improved with both icons and names, so you won't be tapping blindly anymore. The Gesture button that lies in the bottom left corner of the screen has now shape-shifted to a Dolphin Button that also gives you access to Dolphin Sonar which lets you navigate underwater with your voice.

The update is available on the Play Store now. Once you update, Dolphin will somewhat frustratingly add a shortcut to Sonar on your homescreen. You can remove it, but replacing it seems impossible as it's not in the widget or app list. Weird. Also, It looks like the update is only available for Dolphin Browser HD, so those of you on the stripped down version for less powerful phones, or the Dolphin for Pad beta: sorry guys. You're gonna have to sit this one out. 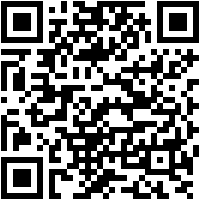 [Deal Alert] Splashtop Remote Desktop HD And GamePad THD On Sale In The Play Store For $4.99 ...

[Updated] Pssst, Sprint, That's Not A Nexus S 4G You Have On Your Front Page [Fail]