We've long suspected that the Spring Galaxy Nexus will be finally crawling out of the labs and into our hands on April 22nd, with today's Sprint planogram note BGR got ahold of confirming it. To make the case even stronger, we'll throw in a tip from one of our sources at Best Buy who sent us these internal images.

While neither picture explicitly names the devices, they should indeed be the Galaxy Nexus and the LG Viper 4G, the latter of which is officially coming out on the same date as well. "Samsung," "Sprint," "Digital Communication," "Sprint Handsets" - these all could mean only one device, which according to our source is most definitely the Nexus. Unlike the Viper (2nd screenshot), it's still listed as "Status: Deleted" because it hasn't been announced officially, but that should be changing shortly.

Between the Galaxy Nexus and the Viper 4G, we'll finally have the first devices to test out Sprint's new LTE network... whenever that launches. Welcome to the club, guys. It's about time. 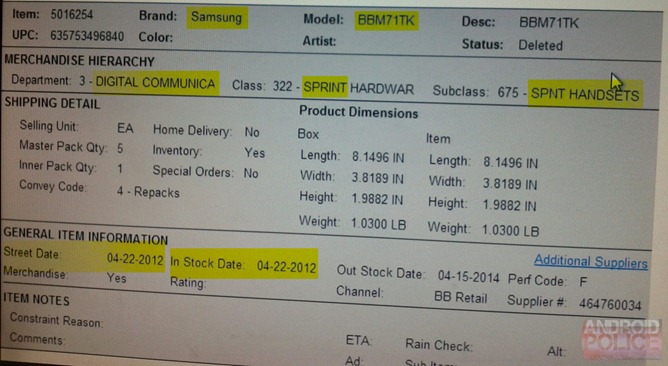 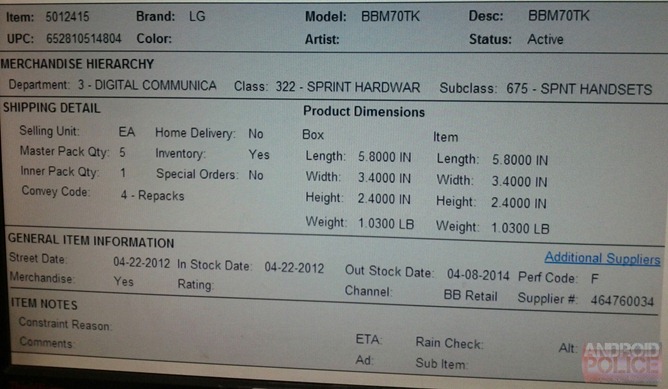 Devs In Poland, Israel, Mexico, And The Czech Republic Can Now Sell Apps On Google Play