Five days ago, Sprint announced that the Ice Cream Sandwich OTA was finally ready for the Nexus S 4G, but many of you still haven't received the update prompt. Yesterday, Google released the full OS image for the NS4G, but installing it does a full wipe, which may not be ideal for those just itching to upgrade.

Fortunately, the OTA link on Google's servers was finally found today by a number of AC forum members, which means you no longer have to wait for Sprint/Google and instead update your Nexus on your own. Since the OTA file contains the full OS image, including recovery and radio, rather than an incremental update from a specific version, you should be able to update no matter what you're currently running on your phone (feel free to point out otherwise in the comments). 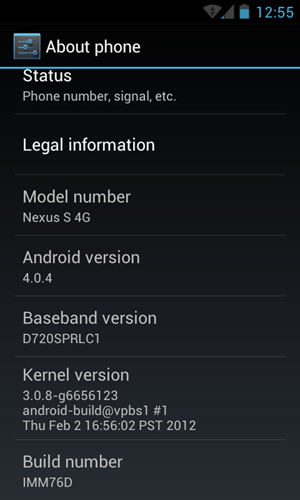 Hexage's Upcoming Game, Radiant Defense, Is Of Tower Defense Genre, But You Will Want To Play ...