QR codes are finally starting to show up around town, but we've all known about them for some time, right? Well if you want to stay ahead of the curve and keep wowing regular people with your mobile expertise, why not start adding images to your QR codes? Esponce is a company that's in the business of selling QR code tracking and marketing, but part of the service is freely available, and you can use it to really spice up your QR codes.

The web tool provided by Esponce relies on the fact that some of the lines in a QR code don't actually contain the information needed to decode it. Toward the center, there are several areas you can cover up that won't affect the functionality of the code. On the Esponce site, you just have to fill in your link, pick an image size, and the tick the box at the bottom labeled "Add Logo Image."

You will be presented with the raw QR code first, so go ahead and choose the image you want to use. A square format picture is recommended; wider pics are more likely to block important parts of the code. The Scale slider lets you change the size of the picture, and the arrow buttons move it. As you tweak and nudge your image around, an indicator above the code will tell you whether or not you're covering anything important. It's also worth noting that the interface for configuring your super-cool logo is based on Silverlight, so it won't work on mobile devices. 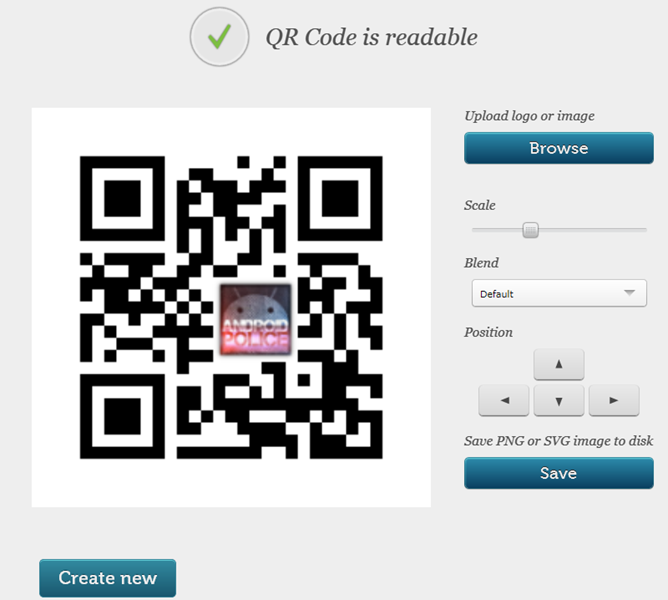 You can pick different blending modes for your image, but I think the default is the best. The Silverlight frame makes the logo image look a little blurry, but don't fret -- it will look much better when exported. A black and white image is likely to blend better, but you can use anything you want, no matter how garish.

Sprint ZTE Optik Review: A 7" Tablet That Offers A Great Display And Smooth Performance For A ...