Update: The winners have been chosen!

Congratulations! You will all be contacted for your shipping information in the near future!

Everyone else - keep participating and stay tuned to Android Police so that you don't miss our upcoming giveaway announcements. You can follow AP on Twitter,Facebook, Google+, and RSS.

You know what time it is? Time for another case review. And we might as well give away some of the cases, too, so stay tuned for that after your regularly scheduled review.

If you've been reading AP for a while, then you probably know that we're big fans of SPIGEN (SGP) products. I've reviewed a tablet case, leather cases, and even a portable charger from these guys, and they were all top-notch. Today, we're going to be taking a look at the a couple more cases for the Galaxy Nexus from SPIGEN: the Ultra Capsule and Neo Hybrid. 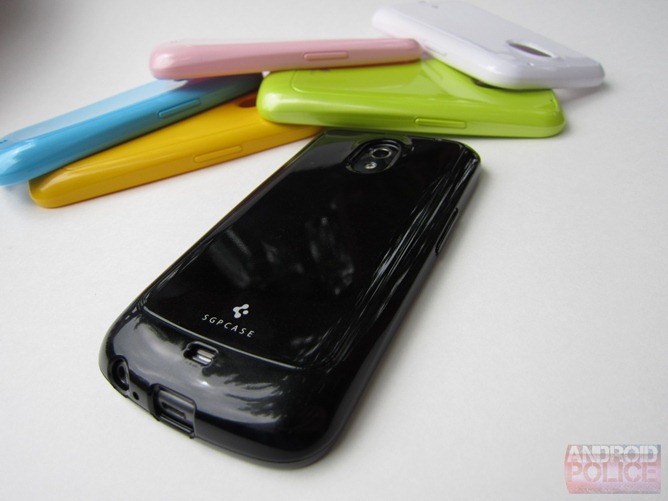 This isn't my first go with the Ultra Capsule case. In fact, I reviewed it for the Galaxy Tab 10.1 several months ago, and I loved it (still do).

The Ultra Capsule is a one piece form-fitting case made of thermoplastic polyurethane and designed specifically for the Galaxy Nexus. However, there's a catch here: it was designed for the GSM variant of the Nexus. As you may already know, the LTE Nexus (the one I have) is thicker than the GSM variant. That actually keeps the case from fitting the LTE GN the way it was designed to fit the GSM GN, but you know what?

Seriously - I love how this case fits the LTE GN. Instead of wrapping all around the bezel and creating a slight lip, it sits flush around the edges (except at the bottom, where it actually does create a small lip). This makes it look as it if it's actually part of the phone - it's super-smooth looking, and an absolute pleasure to use. Of all the colors offered (black, pink, green, blue, white, and yellow), the white one is by far my favorite. In fact, from a top view, it makes the device looks very similar  to the white Nexus, thanks to its low profile. The black case, however, gives a seamless look - it's very, very black, so it blends in nicely with the bezel. If Batman had a case on his Galaxy Nexus, the black Ultra Capsule would be the one. 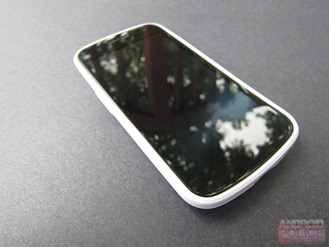 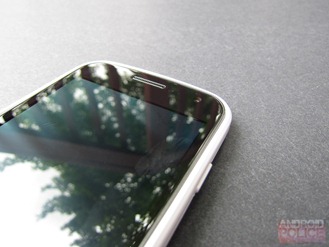 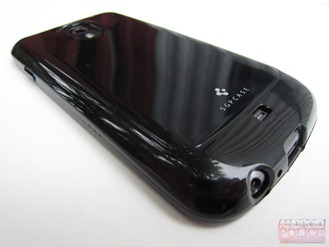 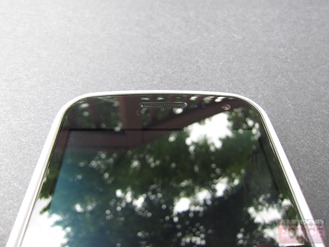 The feel of the case is no joke, either. It's nice and "grippy," but not tacky (like silicon) - it just adds some nice grip to the device, so you don't have to worry (as much) about dropping it.

The colors are also vibrant and dang good looking. As I stated earlier, the white is my favorite, but it doesn't matter which color you choose - they all look fantastic. 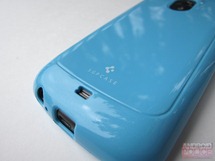 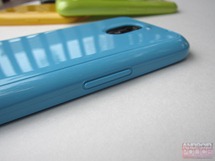 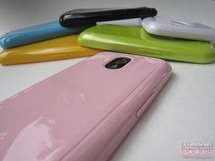 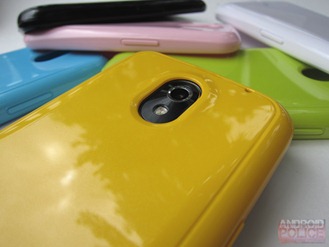 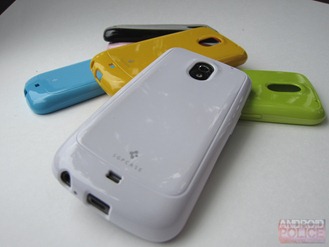 In a nutshell, do I like the Ultra Capsule (as if you don't already know)? Heck yes, it's fantastic. Everyone should go buy at least one right now. Really, you won't regret it (as long as you're looking for minimal-ish protection, of course). 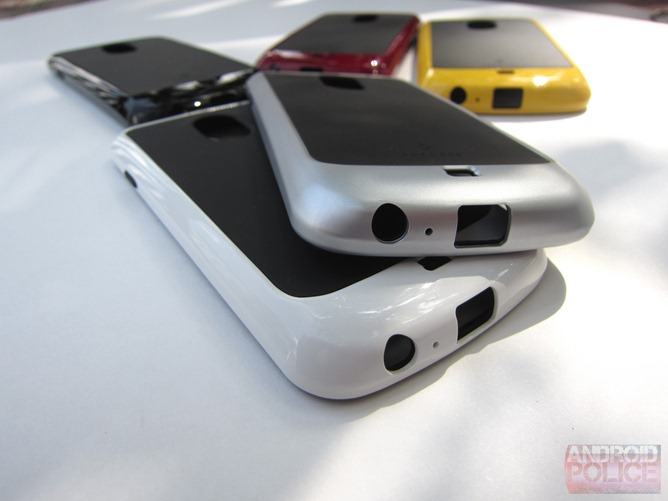 So, you remember how I said that the Ultra Capsule was designed for the GSM Nexus? So was the Neo Hybrid. However, unlike the UC, this one didn't fit the LTE GN very well. In fact, I couldn't get it on mine at all (while still allowing the device to function properly, anyway). With that said, I'll just give a brief overview along with some images of this case.

The Neo Hybrid is a two-part case similar to many others that we've seen, which includes a silicone underlayer and a polycarbonate frame. How it differs, though, is in thickness (or lack thereof, I should say) -- this thing is crazy-thin. I really wish I could've gotten one of these cases to fit correctly on my GN, because they're damn sexy. Like the Ultra Capsule, the colors are vibrant and shiny, but the NH also has that dark underlayer that adds a nice contrast, especially with some of the brighter colored shells. 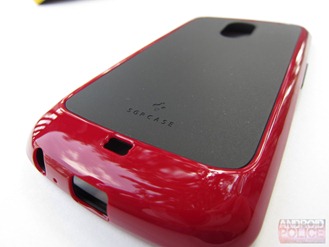 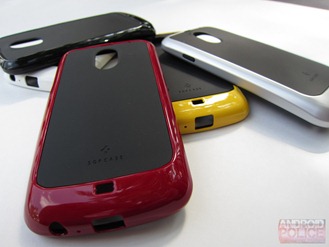 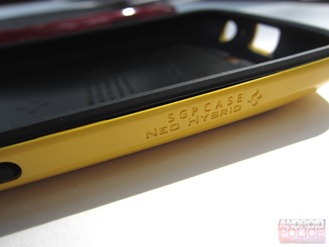 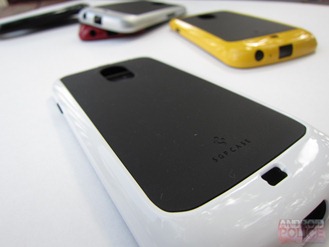 Since I wasn't able to actually use this case, I can't say how well the fit and feel is. However, given the superior quality of other SPIGEN products, I feel completely confident in recommending it to GSM Nexus Owners.

There's a chance that you may win the giveaway below, but you should still buy one.

Okay, okay. You read through all of my banter to get to the swag (and if you skipped right to this part, shame on you!). Here's what we have to give away:

That's 11 cases total (if you can add, you already knew that) for 11 lucky people. You win, you pick the color. And it's as simple as that.

As always, we'll keep this simple - just leave a comment letting us know which case you want and why. That's pretty much it.

The contest begins immediately, and will run until Saturday, April 7, 2012 at 11:59 PM PST, after which we'll randomly choose and notify the winners.

This contest is open to users across the globe, so enter away. Good luck!