In case you were wondering if a rebrand was the only thing Google was doing to set itself up as a content provider, rest easy. Google's still working at signing those content deals. Today's deal is with Paramount. You may remember Paramount as the company that likes to throw stars at you while you're flying over a mountain. This new content deal brings 500 movies to the Play Store, and surprise! They don't all suck! 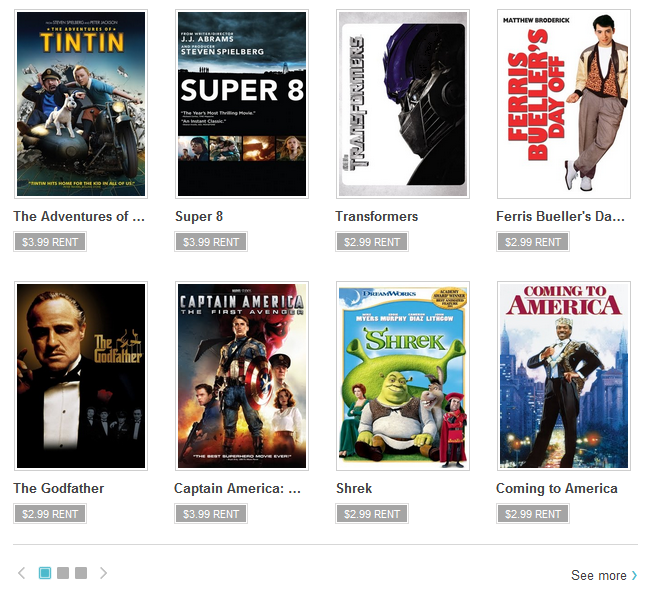 While today's Staff Picks may be a little biased towards today's deal, you can tell right from the main page that this is big for the Play Store's movie selection. Classic movies like the Godfather right next to recent blockbusters like Captain America make the Play Store a pretty attractive rental option. Sure, it's no Netflix, but it's not like content companies are exactly lining up to put their biggest titles on everyone's favorite monthly subscription plan.

According to Google, this makes five of the six major studios that the company has signed deals with, joining the ranks with movies from Warner Bros., Disney, Columbia Pictures, and Universal Studios. It looks like the only company still sitting this one out is 20th Century Fox, though that's likely just a matter of time.

Whether or not Play Movies is worth it is still pretty highly subjective, but it's good to see that Google is working hard at adding quality titles to its library. All we need is a subscription payment option and we'll be golden.

[App Roundup] March 2012 Saw Some Pretty Sweet New Apps, Here Are The 5 We Liked Most