It's not quite enough, though, to allay our reservations. For starters, the glasses, while not particularly gaudy and actually somewhat stylish, seem to only have one tiny lens hovering over a small portion of the right eye. It's unclear how this is supposed to work. The video demonstrates an obviously-simulated UI that encompasses the entire field of vision, but the prototype glasses seem to be incapable of displaying such a UI. 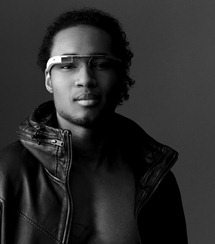 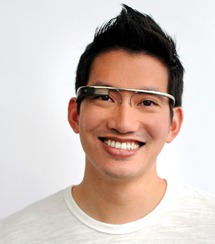 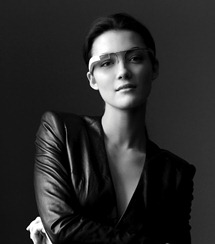 It's worth noting that one of the engineers on Project Glass has a history with eye-based displays. Babak Parvis, an associate professor at the University of Washington, previously worked on a project that brought a single pixel display to contact lenses. Google's going to need more than a single pixel for its displays, but who knows? Maybe this team is exactly what is needed to bring an entirely glasses-free heads-up display to the world. Though, we're likely a long ways away from that technology.

Still, these aren't necessarily what Google will release. The Google+ post announcing Project Glass even specifically states that Google is looking for input from you, the lovely loyal users. While Google isn't exactly a stranger to user feedback, this is a pretty big opportunity to weigh in on what could be, if implemented properly, a whole new market of devices.

So what do you think? Too weird looking? Prefer contact lenses? Wouldn't be caught dead with any heads-up display on your face? Sound off in the comments. Then be sure to let Google know what your thoughts are as well.