Looks like Sprint's first LTE handset, the LG Viper, will be available for pre-order from Sprint beginning on April 12th for a reasonable $99 after $50 mail-in-rebate, and will be available in all channels "later this month." 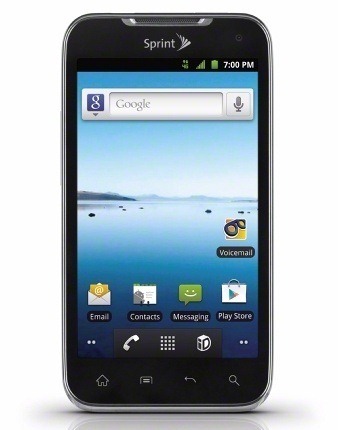 The Viper was originally announced alongside the Galaxy Nexus earlier this year at CES as one of Sprint's premier LTE devices and is packing some reasonable specs for the price:

Last we heard, the Viper was said to be released on April 15th, but that seems unlikely with pre-orders beginning on April 12th. Guess we'll find out soon enough.

“This smartphone is packed with the tools our customers need to stay connected. Best of all, customers can feel good about owning LG Viper because of its robust list of eco-friendly features.”

LG Viper will be available later this month in all Sprint sales channels, including www.sprint.com, 1-800-SPRINT1, Best Buy andRadioShack for $99.99 with a new two-year service agreement and $50 mail-in rebate via reward card1 (excludes taxes and surcharges). New and existing customers can pre-order LG Viper beginning Thursday, April 12 at www.sprint.com/viper.

Enabled with Near Field Communication (NFC), LG Viper allows users to access true value features such as Google Wallet, an app that allows payment using a mobile device at participating retailers, including Bloomingdales, Toys “R” Us, CVS, Gap and Macy’s. The sleek, ultra-thin smartphone also boasts a 4-inch touchscreen that is remarkably bright and clear, even in direct sunlight. It also has a Corning® Gorilla® Glass screen protector for extra display resistance while on the go.

“LG Viper pairs perfectly with our unlimited data plans to bring customers the benefit of new technology, including our upcoming 4G LTE capabilities at a great price,” said David Owens, vice president-Product Development, Sprint. “This smartphone is packed with the tools our customers need to stay connected. Best of all, customers can feel good about owning LG Viper because of its robust list of eco-friendly features.”

As a Sprint ID smartphone, LG Viper will give owners the ability to cut through the clutter of more than 450,000 additional apps in Google Play by selecting from a variety of mobile ID packs. Sprint ID packs include ringers, wallpapers and widgets. Also, consumers can download Box on the LG Viper and receive 50GB of free cloud storage and sharing directly from LG, an estimated value of $240 per year, so users don’t have to stress about storing all of their favorite music, files, photos and other memories. The 50GB of free storage is exclusive to LG devices until July 22.

“Today’s world is moving extremely fast and the lines between personal time and work continue to blur,” said Tim O’Brien, vice president of marketing for LG Mobile. “LG understands consumers’ need for better tools that allow them to multitask without sacrificing what’s most important to them, especially when it comes to their families. LG Viper gives parents the tools they need to manage their everyday lives while breaking down the barriers that technology can often create between them and their children – all at a great value.”

In addition to its technological prowess, LG Viper has many eco-friendly features, including:

Ranked No. 3 in Newsweek’s 2011 Green Rankings, Sprint is committed to being a corporate leader in sustainability. LG Viper marks the third device with eco-friendly features launched by Sprint and LG. Sprint and LG launched their first eco-friendly device in 2010 with LG Remarq™ and continued the legacy earlier this year with LG Rumor Reflex™.

Sprint recently announced Atlanta, Baltimore, Dallas, Houston, Kansas City and San Antonio are expected to have 4G LTE and enhanced 3G service in mid-year 2012. Sprint 4G LTE should enable faster speeds for data applications, and the enhanced 3G service could offer better signal strength, faster data speeds, expanded coverage and better in-building performance. The launch of these large metropolitan areas demonstrates the continued commitment by Sprint to invest in its network through Network Vision. Whether a Sprint customer is using a smartphone to share a video, check the Web via a mobile hotspot, Sprint 4G LTE will make it easier. For the most up-to-date details on Sprint’s 4G LTE rollout, please visitwww.sprint.com/4GLTE.

To complement the launch of LG Viper 4G LTE, LG is introducing the “Life’s Good Fairytales” app, a customizable storyboard that allows parents and children to bond over the creation and sharing of unique fairytales through their device. Families can become part of the fairytale by allowing them to take, upload and manipulate photos, names and sounds directly into the story, transforming the fairytales into the child’s own personal adventure.

Thanks to the fast speeds of the LG Viper 4G LTE technology and Sprint 4G LTE network, stories can be read instantly and content can be shared with friends and family via Facebook®. The “Life’s Good Fairytales” app will be available Friday, April 27, in Google Play. It will be free for LG Viper owners and available for $0.99 for other Android phone users.