As the old saying goes, "When it rains, it leaks ICS builds for a whole lot of Samsung devices on AT&T's network in a short time frame." At least that's how I learned the saying as a boy. While it didn't make sense then, now that Android 4.0.3 has been leaked for the Galaxy Note, rounding out the Samsung/AT&T trifecta of flagship devices, it all makes sense.

As with the previous leaks, also courtesy of RootzWiki, this build flashed its build.prop badge at the door to let us know it's the real deal: 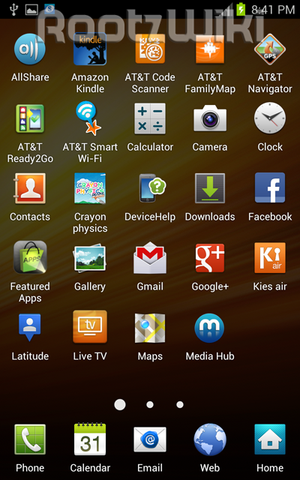 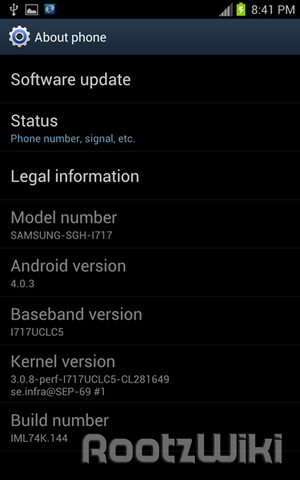 Indeed, it looks like Note users can now join the Samsung family at the dessert table. As before, if you have a Windows machine running Odin (and if you're still reading this and you don't, what are you waiting for?), you can head on over to RootzWiki and start flashing. In the meantime, Samsung, AT&T? You might want to check around in your software departments. You've got a pretty big leak somewhere.

On second thought, nevermind. These leaks keep getting better and better.

These Are The New CyanogenMod Mascot Design Prototypes - Do You Like Them? [Poll]

[Leaked Photos] Sprint's HTC EVO One Shows Off Its 4.7" Screen, Red Kickstand, And Could It ...