Last week, JBQ from Google released full flashable images of the newly baked Android 4.0.4 (IMM76D) for a few devices - the GSM Galaxy Nexus i9250 yakju and the Nexus S i9020T (soju). The Nexus S release specifically wasn't compatible with the AT&T version (i9020A sojua), but an image for i9020A was promised at a later date. Additionally, builds for the Nexus S 4G on Sprint and other variants as well as the Verizion Galaxy Nexus were to follow.

Today, the Nexus Factory Images page was updated with some of the promised goodies, although not all of them with versions we were quite hoping for. The new additions are: 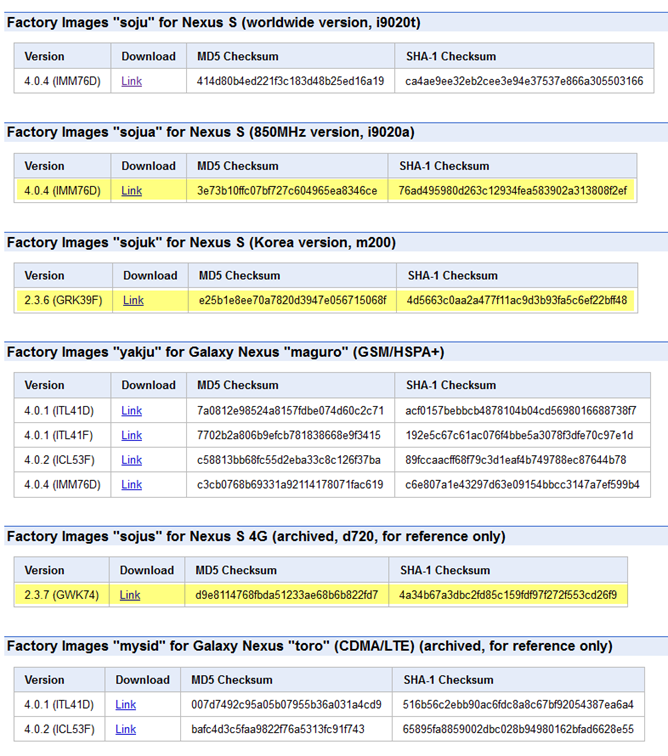 As before, you can download the images at the Factory Images for Nexus Devices page.

These Are The New CyanogenMod Mascot Design Prototypes - Do You Like Them? [Poll]