Apparently, it's all the rage for developers to bring classic games to modern platforms. Games that used to require full PC setups or (then) powerful consoles now run perfectly on mobile devices, so resurrecting this "old tech" for a new generation seems like the perfect idea.

The developers behind the port of Duke Nukem 3D have brought another classic FPS (first person shooter) to Android: Painkiller: Purgatory. For the uninitiated, Painkiller is a throwback game from the early 2000s where you play the part of a young man trapped in Purgatory, trying to find his way to Heaven so he can be with his wife. In order to make that happen, he has to take out four of Lucifer's generals - all of which are running rampant in Purgatory in preparation for an unholy takeover.

Painkiller: Purgatory will set you back $1.11, so If you're ready to travel the long, hard road out of hell, hit the widget below. 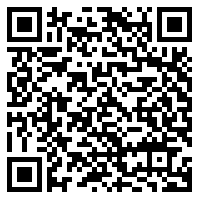 Sprint's Samsung Galaxy Nexus Could Be Launching On April 22, According To Leaked Wal-Mart Document