If you were a fan of Space Invaders or TI-83 classic Phoenix, you'll enjoy this: Star Defender 3. In a nutshell, it's a game where you pilot a spaceship against hordes of alien beasts. The description words it best:

Get ready to fight through hoards of alien beasts in Star Defender 3!

The highly anticipated game is finally here! The year is 2743 A.D., only two short years since the last war, and the Insectus have already prepared for their next wave, with new tricks to defeat you.

Features:
- The new one-finger control system
- A wide array of alien spacecrafts with their own unique weapons
- 8 large missions with a huge Boss at the end of each one
- A Bonus System, including Time Freeze, Missile Strike, and Immortality
- More than 100 breathtaking levels
- Unique and truly addictive gameplay

Still not impressed? Check out the gameplay footage:

Artem's been hooked on the game for the past hour or so and absolutely loves it, though he describes the control scheme as moderately annoying - but not enough to really hurt the game. The real problem, though, is that the game requires Android version 2.3.7 or above (including Honeycomb and ICS). That's a major problem, since the vast majority of Android devices are still on lower versions. 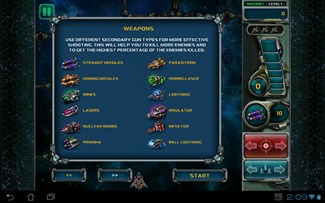 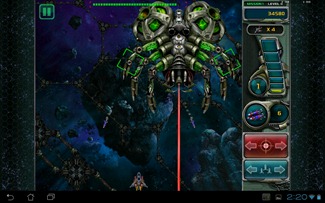 [New App] AMC Launches Its Own App, Lets You Track Your Stubs Member Rewards, Get Showtimes, ...