When I review a product, I don't take going into nearly-full-on-cheerleading-mode lightly. I know everyone has individual needs and wants that must be addressed when they're making an investment into almost anything, and that not every product is meant for every person. But after using the Powerbag Instant Messenger, I can't help but think the company has spawned an entirely new (and amazing) segment, the likes of which I wish had been around for the last 2 years.

So, what is a "Powerbag," exactly? The Powerbag Instant Messenger is a messenger bag. Inside that messenger bag is a 6000mAh battery, and a dock for said battery to snap into. From that dock, power is delivered to two cables (one microUSB/miniUSB, one Apple multi-pin connector) in small pouches on the inner-front of the bag (see photos), and there's also a standard USB port to plug in an extra cable. You charge up the battery through a small AC port on the side of the bag, or you can remove the battery and charge it separately. 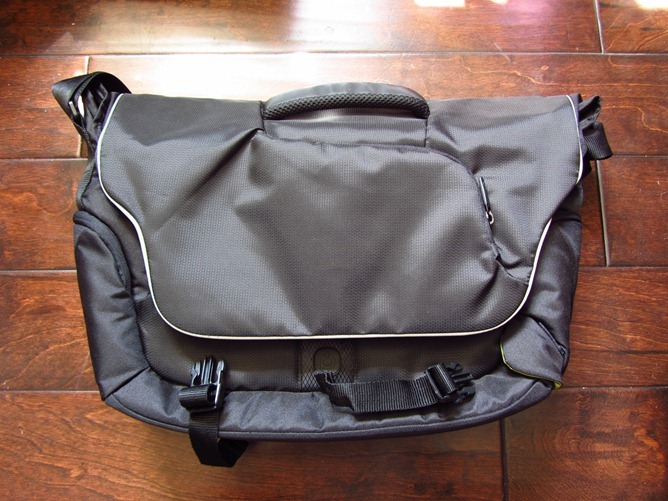 Let me be frank: it is a ludicrously simple concept. Think about it - what we have here is a portable, high-capacity charger (of which many exist, including those made by the sister brand of Powerbag, myCharge), combined with a messenger bag, connected using some cables and fabric. The rest is just a matter of making sure the whole thing doesn't spontaneously burst into flames (there's more to it, but you get the gist).

And holy crap, is it ever awesome. And not just for the idea, mind you - it's a great bag, too.

Let's get down to brass tacks: it's a bag. You want to know how it looks inside, and how much stuff you can jam into it. Relatedly, taking pictures of an open bag is incredibly difficult. 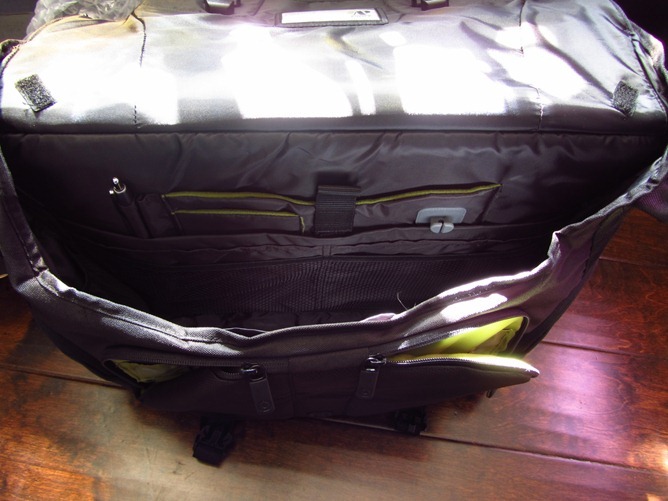 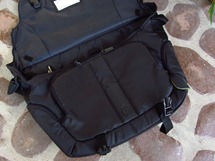 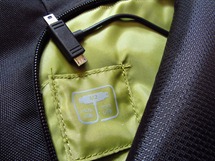 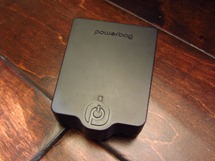 Pictures only tell some of the story here, though - the real question is how much can you actually fit in it? Well, this is what I've managed:

And there's still room for more at that point (not much, but a significant amount - a couple of t-shirts, perhaps).

Anyway, suffice to say, you can jam a lot of stuff in the Instant Messenger, and the best part is it's all pretty damn easy to keep organized with the plethora of sleeves, nets, and zipper compartments in and on the bag. Hell, there's even a cable guide if you decide to hook up to the extra USB port on the charging hub. Speaking of which, how's the Messenger's party piece actually work in practice?

Using the charge function on the Powerbag is dead simple. Snap in your battery (it should come pre-charged), hook a device into the micro/miniUSB (... or Apple multi-pin) port, and hold the "power" button for 2 seconds. You'll see a small row of lights above the logo, and you can tap the power button at any point to see how much charge you have left (there are 4 lights, for 25% increments). It will also turn itself off after a few minutes if it notices no gadgets are connected. 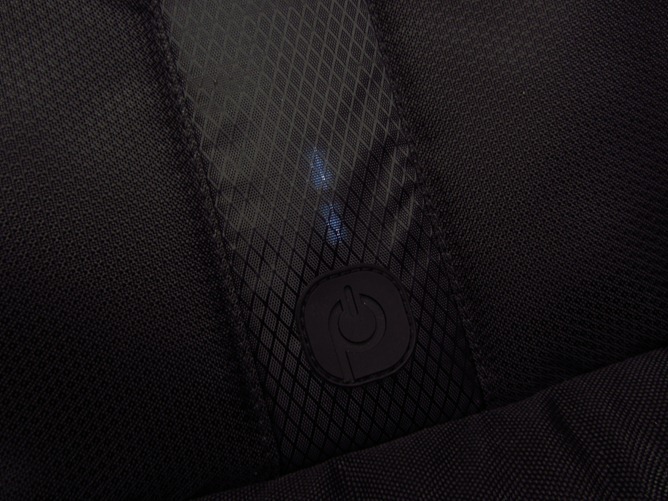 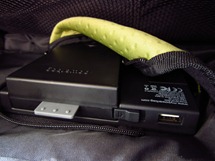 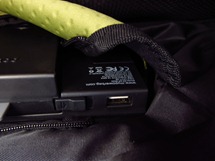 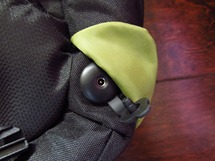 The standard bag ships with a 6000mAh battery, which is enough to charge a 1500mAh smartphone around 4 times. In actuality, you'll probably get around 3 with a phone sporting a battery that size. This is because unless your phone is completely off, it's always sucking some juice, and the power transfer is obviously not going to be 100% efficient to start with. Still, three charges isn't bad at all, and you can always buy a spare battery pack, too (it's $50 for a spare 6000mAh pack).

What's so revolutionary about this? For someone like me, who constantly forgets to charge my phone, it is a truly magnificent invention. Never again do I have to worry about forgetting my phone charger, or leaving in the morning with my phone at 40% battery - because I never forget my messenger bag. And if I forget to charge up my bag, I've got my backup portable charger, as well as the bag charger, with me at all times - because they're in the bag. I could also just carry a charged spare battery for the bag in one of the smaller outer zipper compartments.

The Instant Messenger fills the last gap in the "range anxiety" conundrum for me - since having it, I've never been in a situation where my phone was without a source of juice, and that's a problem I face surprisingly often. It's particularly useful on long flights, as well. The best thing about it is you can just stuff your phone in the charging pocket and forget it - it's just so damn convenient. It doesn't hurt that it's also the best messenger bag I've ever used, hands down (even better than my Dakine and Timbuk2 bags). Is it a little pricey? Sure. But it's a great bag, a great idea, and there really isn't anything else out there like it.

[New App] AMC Launches Its Own App, Lets You Track Your Stubs Member Rewards, Get Showtimes, ...