Android has had some powerful to-do lists dating all the way back to Cupcake, but few are quite as nice-looking as 2Do, a recent entry (although Astrid's new design might be a solid contender). The $7 to-do list (yes, you read that right) does it's best to make itself worth the money. Tabbed calendars, the ability to attach photos, starred tasks, and a selection of themes make it one of the nicer to-do lists we've used. It even has support for the Galaxy Note's S Pen. 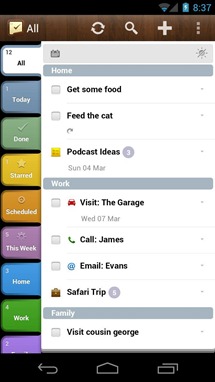 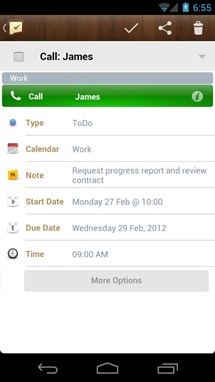 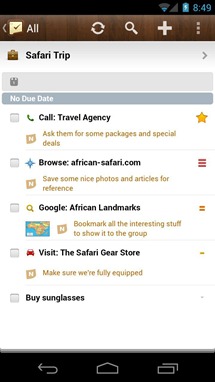 The app strikes a nice balance between its obvious iOS-heritage and implementing ICS style guidelines. While the app doesn't really look like it fits in with Android's design scheme (faux realistic materials is really more of an iOS design concept), the app makes perfect use of the Action Bar design. The UI is even consistent across older versions of Android, which some apps seem to have trouble with.

The one thing we would've liked to see is a proper tablet layout. The app supports an option landscape view that places a Calendar next to your to-do lists, but unfortunately, enabling this view disables the colored tab sidebar. This makes sense on a phone, but on a tablet is just wasted real estate.

The biggest bummer of this app is the $7 price tag, but if apps like Astrid aren't filling your need, you're looking for an app with S Pen support, or you just really like the design of apps like this, then grab it from the widget below. [Review] Another World For Android Comes With Updated Graphics And Controls, Remains Just As ...