Now, in Rovio's defense, this does seem to make a certain amount of sense. Rovio has never released a paid version of its app on Android, despite making most of its initial cash on the paid game in the iOS app store. Rovio, understandably, wants to experiment with paid apps on the Play Store. However, the HD version of the app makes no sense at all.

For starters, the free version of the app looks just fine on my Xoom. While Android tablets with even HD-er screens are on their way (hello, Infinity), 1280x800 is still pretty much the standard for Android tablets that are on the market right now. In fact, Rovio initially released Angry Birds Space HD on the Amazon Appstore, pitching it as a Kindle Fire version, despite the Fire only having a resolution of 1024x600.

I downloaded Angry Birds Space HD to my Xoom and, with the exception of fixing the improperly sized intro graphic, the game looks nearly identical. The free version looks just as good on my display. Which leaves me to wonder what I just spent $3 on. Maybe the differences would be more noticeable on the Transformer Pad Infinity, or the new iPad, but here on an Android tablet that actually exists, that $3 seems to buy you absolutely nothing.

I don't have a problem with paid versions of games. In fact, I'd prefer it to the alternatives. However, Android, as a platform, is built so that you don't need to have multiple versions to support different device types. From the ground up, Android has been designed so that things like screen resolution or aspect ratio won't break an app. So, when a game developer deliberately breaks off an "HD" version, it's annoying. When that "HD" version doesn't actually offer any improvements over the original, though, it feels like theft.

Oh, and not to add injury to insult or anything, but if you're considering buying this app now anyway, take a look at some of the reviews first. It seems that some users are experiencing crashes and difficulty loading the HD app. If you're feeling gutsy, though, here's a widget just for you. 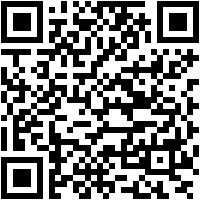 [Updated: Here Are The Winners!] Giveaway: Want To Learn How To Develop For Android, But Don't ...

Why The Play Store's Mobile Interface Is A Mess, And Some Much Prettier Suggestions To Fix It