This edition focuses only on new tablet apps or ones that added tablet support. Regular apps and games are coming soon.

Android Police coverage: GO Launcher Team Enters The Tablet Launcher Arena With GO Launcher HD Beta, And It's Off To A Great Start

I covered GO Launcher HD in the previous tablet roundup, but at the time it was a beta APK available as a download somewhere off the Play Store. As of this roundup, however, it's got an official listing, 4.2 stars, and between 10,000 and 50,000 downloads. There are still bugs to be worked out, but it's not a bad start.

Android Police coverage: Politico Now Available For Android Tablets, Makes It Even Easier To Keep Up With The Latest Political Happenings

Download the POLITICO for Android Tablet app today to get your politics fix. The clean, easy-to-navigate layout is ideal for staying up to date when you’re on the go. POLITICO serves as the one-stop shop for the fastest, most in-depth coverage of the president, Congress and the 2012 presidential race. POLITICO’s journalists break news and drive conversation about the White House, Capitol Hill and Washington lobbying, plus the intersection of politics with Wall Street, media and personalities. POLITICO launched in January 2007 with the mission of covering politics with enterprise, style and impact. Android Police coverage: Angry Birds Space HD Is Finally Available In The Play Store For $2.99, But Honestly, Rovio, Why?

This is the HD version for tablets, though for some reason my Tab 10.1 is not compatible. Weird.

Read Eric's rant above before plunging.

The #1 mobile game of all time blasts off into space. After a giant claw kidnaps their eggs, the Angry Birds chase it into a wormhole and find themselves floating in a strange new galaxy – surrounded by space pigs! Luckily the Angry Birds have super powers of their own... Angry Birds Space features 60 interstellar levels on planets and in zero gravity, resulting in spectacular gameplay ranging from slow-motion puzzles to lightspeed destruction. With regular free updates, brand new birds, brand new superpowers, and a whole galaxy to explore, the sky is no longer the limit. In Lite version gestures service will stop when screen is turned off. You have to start application when you want to use gestures again. Full version adds following features: gestures service can work permanently (lite version stops when you lock screen), option to hide notification icon. Touch Blocker is a simple but useful app that makes holding and using your device easier. There are two basic functions - it can create dead zones where touches do not register and also filter the screen when reading in low light. This is a relatively stable Beta release. You can follow its progress at the XDA thread here. 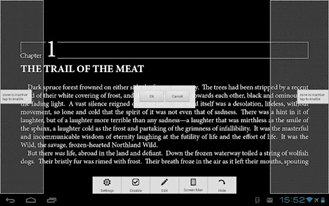 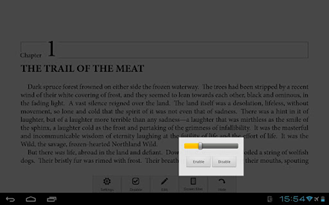 There are many video players, but mVideoPlayer HD aims to be more than that - it has video manager with a beautiful UI, video identification, subtitle search, and a variety of options. It kind of reminds me of Mizuu.

This is the tablet beta version of mVideoPlayer HD. 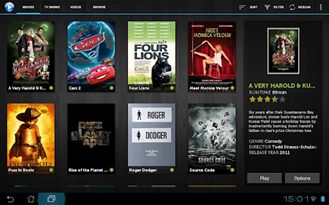 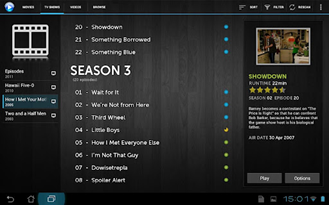 Emma and the Inventor HD

Save Emma’s grandfather who has accidentally trapped himself in a mysterious void in Emma and the Inventor! After completing his greatest invention ever, Grandfather Jenkins’ mysterious machine sends him to an alternate dimension and explodes, scattering the pieces all over his home. Now it’s up to Emma to put the machine back together and create fuel for it in this beautiful Hidden Object Puzzle Adventure game!

Free calling between Web, Android, iPhone/iPod/iPad, and phones. Bobsled Calling gives you UNLIMITED FREE CALLING to all your friends and family - talk to any of your Facebook friends and make free calls to any phone in US, Canada, and Puerto Rico. With a universal way to communicate, Bobsled users can easily message or call for free across devices, countries, social networks, operating systems - and all mobile carriers. No calling plan with your Android phones or tablets? No problem. Bobsled lets you make calls from any Android devices.

Bobsled is a new way to communicate centered around your social circle. Today, that means one-touch calls with or without phone numbers wherever your friends may be. Simply tap on a friend to call them. Bobsled will find them on Facebook, their Android, or their iPhone/iPad/iPod Touch, and connect the call. If they are not there, send a Facebook chat message right from the app. Always stay connected with your friends. Your friends can also reach you on Bobsled, either from the Bobsled browser app or their Bobsled Mobile app.

We covered the original Espier Launcher before, and to my surprise it was received quite well over the past few months. Yes, it basically duplicates iOS in every way, but apparently that's what some people want. I know, I was shocked too.

Espier Launcher HD is a tablet variant of the launcher, though I have to warn you: it wasn't available on any of my tablets, so I really don't know what device supports it (an iPad perhaps?). Maybe they'll fix these compatibility issues in the near future...

- Support to switch between landscape mode and vertical mode on the tablets(800x480,1024x600,1024x768)
- Support the animation like ios when entering and exiting the application.
- Similar with desktop layout and icons of iPad.
- Support dynamic icons.
- Support widget.
- Create and edit folders by fast way.
- Easy Desktop Editing.
- Support for adding shortcuts on the desktop.
- Support a variety of icon sorting method.
- Support for desktop configuration restore/backup.
- Open desktop editing mode: press and hold any icon until all icons begin to vibrate.
- Pinch-out to enter hidden screen to show hidden application.
- Slide the task bar to right into the system function switch area.

8tracks is not a new app, but its tablet support is fresh out of the oven.

8tracks is handcrafted internet radio -- the social, curated alternative to Pandora. Featuring more than 450,000+ mixes created by people who know & love music, the 8tracks Android app gives you easy, free & mobile access to the best collection of music playlists on the web. 8tracks believes playlists created by people trump those automated by algorithm. Think radio in the 1970s, mixtapes in the 1980s, and DJ culture in the years since. DJs get a platform for tastemaking, artists gain exposure, & listeners enjoy a unique blend of word-of-mouth sharing & radio -- long the trusted means for music discovery -- on a global scale. Tablet CPU Usage Monitor just got quad-core support, which deserves to be highlighted. It works great on the Transformer Prime, and chances are you have never heard of it in the first place. It's very well designed and contains enough options to satisfy even the pickiest of users.

Built for Tablets with support for Quad & Dual CPU Cores! Great for monitoring your CPU Usage, Frequency, & Memory when changing live wallpapers and other apps. Our app has a very small resource footprint to help with battery life. Simple User Interface allows for information on CPU load and app configuration. Ever since I started using TripIt, I can't imagine planning long trips with multiple transportation methods using anything else. It's really a life saver, and with Google Calendar integration, it becomes absolutely priceless.

As I'm writing this from a local café and don't have my tablet with me, you'll have to do without tablet-specific screenshots for this one - sorry, folks!

Get peace of mind while traveling, by having all your plans in one place. No more frantic searching for confirmation emails in your inbox - or worse yet – hunting down that pesky manila folder. TripIt is an easier way to organize and share travel. TripIt “automagically” takes all your trip details and creates one truly helpful itinerary that’s there when and where you need it – on your on your smartphone or tablet, sync’d with your calendar, and online at tripit.com. When you receive a confirmation email from anywhere you book, simply forward it to [email protected]. TripIt instantly recognizes reservations from 3,000+ booking sites including cruises, restaurants, concerts and more. 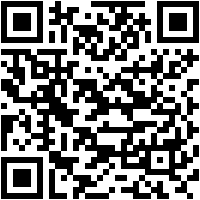 Reddit Is Fun got a complete UI overhaul, including a tablet version, which we were all quite excited about. So was Google, in a way, as it decided to ban the app from the Play Store altogether shortly after 2.0 hit, presumably due to "sexually explicit material." Whether it'll be back or not remains to be seen - it's a whole separate discussion, but when and if it does, you'll be able to check out this tablet interface first hand.

Until then, here are some screenshots to hold you over: [Updated: Here Are The Winners!] Book Giveaway #17: Learn How To Develop With One Of Ten Copies ...