The Samsung Galaxy S III rumors have been gathering quite a bit of pace lately. Just a few days ago, we saw a leaked image of what the phone could potentially look like, although we had our doubts over its authenticity due to the presence of physical buttons below the screen and the form factor of the device.

Fast forward a few days, and another image has "leaked" online, this time from the Dutch website GSM Helpdesk. The site claims that this image is an official press photo of Samsung's new flagship phone, and it looks very similar to the previous leak.

But we don't even need to go that far to quash this one, because it's an obvious fake. In fact, we're pretty sure it's not even new. The original image (which can be found here) shows that the software the device is shown running is simply a screenshot lifted from the original Galaxy S II (which ran Gingerbread) press photo with the date changed to May 22 and the unveiling location listed as London.

Samsung would never render an official press shot of its new flagship device running an outdated version of Android. Not only that, leaving TouchWiz in the exact state it was found on the Galaxy S II? Definitely not going to happen. Not to mention, the whole thing just looks suspiciously like the Galaxy Player. 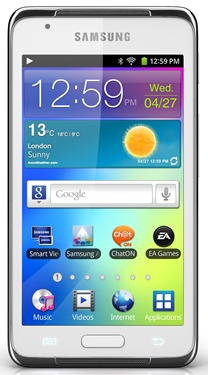 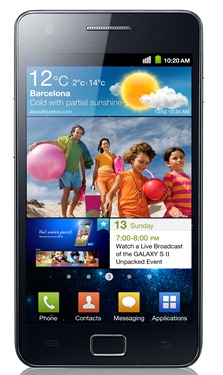 Also, the capacitive touch buttons are stolen from none other than HTC's One X (shown below - One X on top, "leak" underneath). I think we can consider this rumor "stomped."