Giving us perhaps one of the most unique games I've ever played, 4gency released Node.Hack to the Play Store today. The game poses the player as "a digital warrior on the front lines, cracking the world's toughest computer systems for profit." Indeed, the object of the game is to hack through individual nodes to accrue thousands upon thousands of dollars and escape before being destroyed by enemy AI.

The first thing I noticed about Node.Hack was of course its visual style. The graphics in this game are obviously very simple, but that simplistic art style is extremely well-suited to the gameplay. 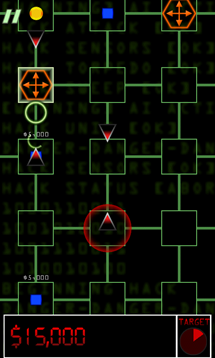 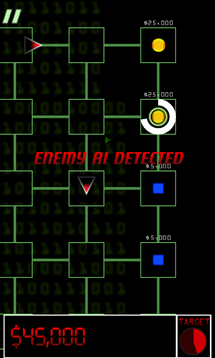 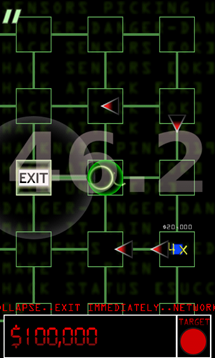 Speaking of gameplay, the only way I can describe Node.Hack's experience is "stressfully fun." The constant threat of enemy AI makes the game feel fast paced, but hacking each node and collecting the money therein takes time. This forces players to wait and watch as enemies approach, scooting on to the next node just before impact. There are a couple of weapons spread out through certain missions, if you can time your attacks just right.

Additionally, if the player fails a mission, the node map will be different on the next attempt, while the goal remains the same. This makes each level that much more dynamic and hard to master.  Intense as it is though, I love Node.Hack's gameplay style and find it refreshing in its originality. 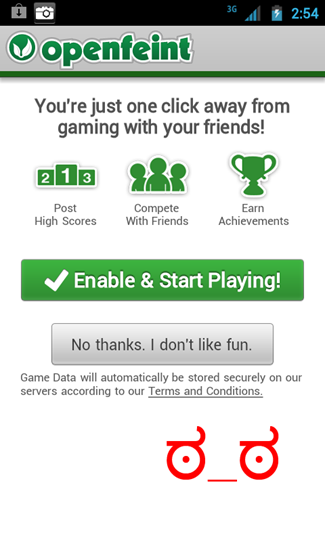 That aside, Node.Hack is an excellent game. It offers unique, challenging gameplay, a wonderfully simple graphical style, and plenty of entertainment for when you've got a few minutes to kill. With just fifteen levels so far, it may seem a bit short, but only until you realize just how much time you'll be spending on each mission. At a mere $0.99 in the Play Store, Node.Hack can't be passed up. Hit the widget below to give it a try.