So you want a decent Android tablet (not one of those cheap knock-offs), but you don't want to break the bank, and an affordable seven-incher isn't quite what you had in mind. How about a 10.1-inch Toshiba Thrive for $250? Sure, it's not a Tegra 3-packing Transformer Prime, but at less than half the price of the TFP, it's still hard to beat. In fact, this is one of the best prices that we've ever seen on a premium Tegra 2 tablet. 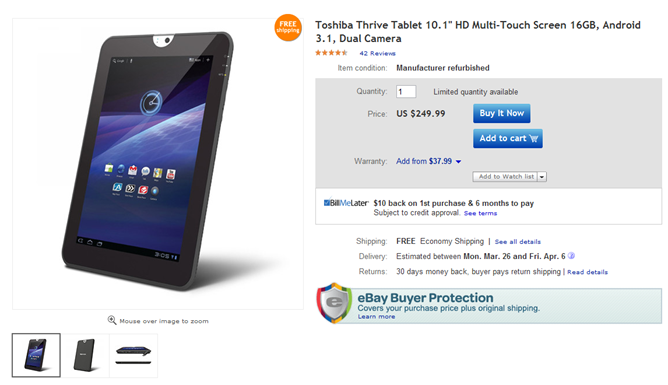 This is a refurbished model.

Since it has been a while since we've talked about the Thrive, here's a reminder of what's under its hood:

So there you go. A Tegra 2 tablet that isn't going to kill your wallet. Hit the link below to buy.

Samsung China CEO Kim Young-ha: 'The Company Is Considering Rescheduling The Rollout Of The ...