It's hard to say what exactly Google has up its sleeve here, but it recently filed a trademark application for some new software called Showy that "allows users to use their computer, tablet device, or mobile phone as a remote control to operate video display devices and televisions; and downloadable software which allows users to remotely control the content on internet-connected digital signage." 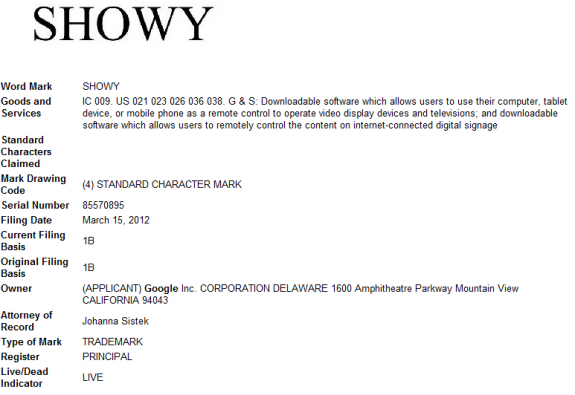 It's highly probable that this new software will correlate with GoogleTV, as El Goog has reportedly been working on a new remote that incorporates voice controls and cloud services, allowing Android users to control their TV by speaking to it.

Of course, there's nothing official coming out of Google's camp at this point, so we'll just have to wait and see exactly what it plans on doing with Showy on an official level.

Sprint And HTC To Make Announcement On April 4th, Will Almost Certainly Be Sprint Version Of ...

[Updated: Here Are The Winners!] Giveaway: Win One Of Ten Crumena Cases For The Galaxy Nexus ...