Despite the fact that Samsung has said almost nothing about the upcoming Galaxy SIII, the rumor mill is churning so hard it threatens to break free from its foundation. The latest rumor about Sammy's upcoming flagship is pretty great – DDaily, a Korean IT news publication, is reporting (via anonymous sources) that Samsung's Galaxy SIII may have a "secret weapon" – a built-in inductive charger. 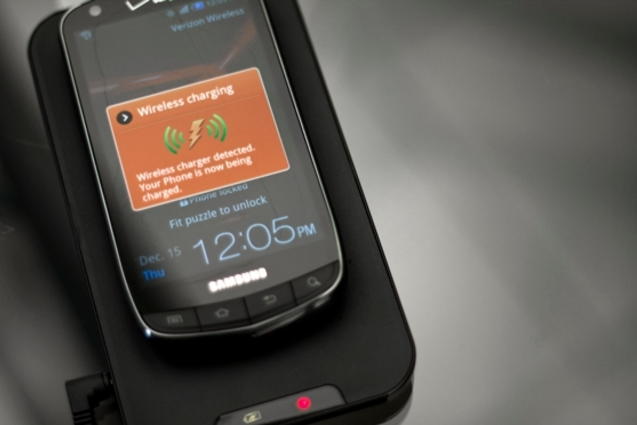 While the Galaxy SIII wouldn't be the first device to come standard with inductive charging (remember Palm's Touchstone?), DDaily reports that Samsung's wireless charging plans go a step further – evidently, the SIII wouldn't even need to be touching the charging mat to begin charging. The publication indicates that the device will be able to charge from between one and two meters away. This detail sounds pretty sensational, and is definitely worth taking with a grain of salt. It would also appear that Samsung is still trying to decide whether to include charging mats in the SIII's box, but I wouldn't be surprised to see the mats sold separately.

So, how likely is this rumor? As The Verge rightly points out, Samsung has historically been in favor of "forward-looking connectivity," introducing Kies Air for wireless syncing, and slapping an MHL port on the Galaxy SII. It seems likely that Sammy could include inductive charging in the upcoming flagship, but whether Sammy has the technology to enable inductive charging from 2 meters away is another question. As with all rumors, however, we can only wait (and hope) for official word one way or the other.

Source: DDaily Via The Verge

LogMeIn Rescue To Be Pre-Installed On All Future HTC Devices, Provide Remote Support To Customers