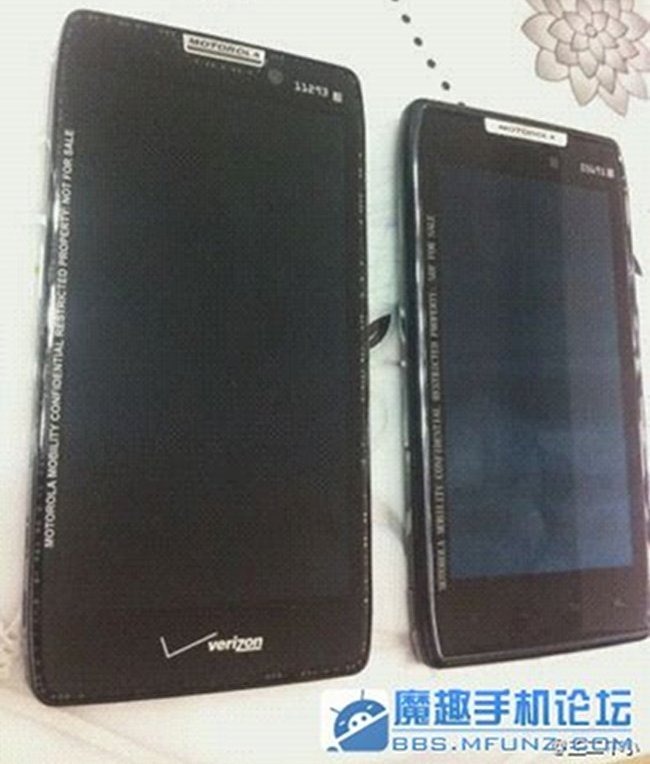 It can only be assumed that this device, if released as-is, would be an Ice Cream Sandwich device at launch due to its lack of capacitive buttons. Beyond that, however, it's unclear just how much of an improvement this device might be over the DROID RAZR MAXX*. Nor does it seem to be in line with Motorola's alleged new mantra of more marketing dollars behind fewer devices. Then again, maybe this is just the beginning.

No word on specs or pricing yet, but if earlier rumors are to be believed, we should be seeing this device as soon as April 12th.

* Motorola: Please tell your marketing team to turn off its Capslock. Thank you.

Linux 3.3 Kernel Begins To Merge With Android, Brings Us Closer To A True Multi-Purpose Smartphone