Bobsled users can now connect with friends from their Android-powered tablets, thanks to Vivox and T-Mobile. For the uninitiate, Bobsled is a service developed by T-Mobile (in collaboration with Vivox) which aims to let users connect to their friends via internet calling or messaging for free.

Bobsled's app allows users to log into Facebook and connect with anyone from their friends list at the touch of a button, allowing for chat, voice messaging, and calls to land lines or mobile phones in the US, Canada, or Puerto Rico. Currently land line/mobile calls are limited to 75 minutes per call, but the service itself is certainly handy, especially considering Bobsled-to-Bobsled calls feature high-definition audio.

With Bobsled's new app for Android tablets, users can expect the same intuitive interface and performance as the app's phone-centric counterpart, and a familiar Google Talk-esque dual-pane layout for chats and calls. While the service doesn't include support for video calling from tablets just yet, the app's Play Store description promises that video calling is on the way "in future releases." 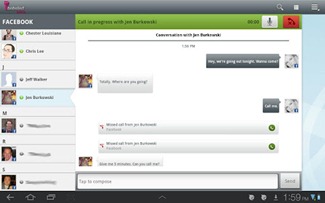 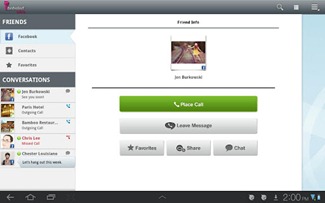 Whether you've never tried Bobsled, or you're a user who's been waiting for the service's versatile communication power to support the larger Android devices in your life, now's a great time to give Bobsled a try. Just hit the Play widget below and grab the app.

First CyanogenMod 7.2 Release Candidate "More Than Ready For Everybody To Enjoy"