When buying used phones off of eBay, Craigslist, or the like, a primary concern of anyone purchasing CDMA devices (Verizon, Sprint, Boost Mobile, Virgin Mobile, etc.) is the status of the phone's ESN (electronic serial number). If a device's ESN is registered as "banned" on its carrier because it has been listed as stolen or is attached to an unpaid account, then that phone cannot be activated on said carrier. Thus, the phone is either useless or has to be activated on a pre-paid carrier, which is generally not all that desirable and drastically decreases a device's worth.

Update: JCase has now released a free version of PocketESN. While it performs all of the same checks as the Pro version, it only works on the phone in which it's installed. Hit the widget at the bottom to grab it. 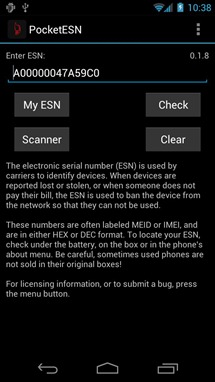 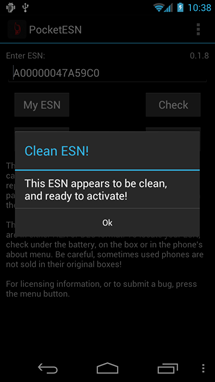 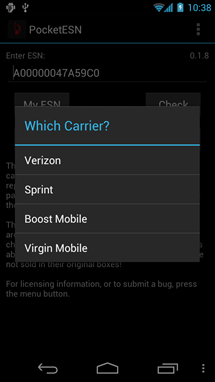 Enter PocketESN, a creation from our boy Justin Case that allows you to quickly and easily check the status of a device's ESN by scanning the barcode (or entering the number manually) found beneath the battery. While this app is simple in nature, it's infinitely useful to anyone who often deals in used cell phones, as it will potentially prevent them from being duped by dishonest sellers claiming their device is "clean."

While its $5.99 price tag may seem a bit steep, it's definitely a small price to pay for peace of mind when spending $200-500 for a device. If something like this sounds useful but you would only use it occasionally, JCase is also working on a 99c-per-use version of the app.

HTC One X For Sprint Details Surface, Rumored To Be Codenamed 'Jet' And Possibly Arriving In June