According to the source, the SIII currently has "two optional launchers," meaning users can choose to work with Samsung's TouchWiz overlay, or a stock ICS launcher. It isn't clear, however, whether this will last until the SIII's production run.

Further,  The device is said to have a 4.7" Super AMOLED Plus display (potentially 720p as rumored) which "nearly takes up the whole phone," with bezel space conserved only for the front-facing camera, speaker grill, and protective case accommodations. The processor is said to be a quad-core Exynos chip (though the source says it's a 4212 chip, which we know is dual-core), and the SIII is rumored by the source to be packing an awesome 2GB of RAM.

As for the camera, the tipster claims the SIII is packing a whopping 12MP shooter with a flash included. Perhaps most surprising of all, the device is said to have a 2250 mAh battery, while maintaining a miniscule 8mm profile. Finally, the source indicated that the SIII will in fact have a ceramic back, using the same micro arc oxidation process HTC showed off a few days ago.

Without further ado, here's the rumored photo (enlarged and adjusted for your viewing pleasure). It's worth taking with a grain of salt, however, as the image appears to be a photo of a monitor displaying a render, which may or may not be real. Additionally, the notification bar seems to be missing. 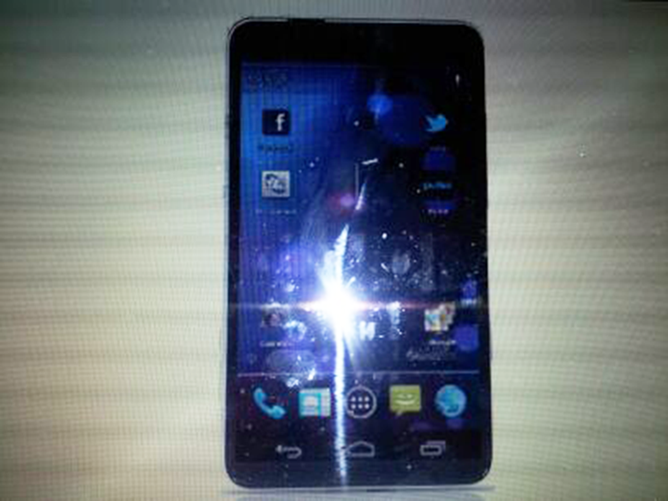 Of course everything stated in the original post is completely unsubstantiated as yet, but we'll be here to keep you updated on any details that emerge (or get dis/confirmed) as the plot continues to progress.

[Update: Free Version Now Available] New App: Quickly Get Info About The Status Of A Phone's ...