I love my Galaxy Nexus. It's nearly perfect - fast, sleek, sexy as hell, and runs Android 4.0 (which is, without a doubt, the best version of Android to date). As impressive as it is, though, it has one massive shortcoming: the craptastic battery life. Fortunately, I'm around a wall outlet pretty much all the time, and I also have a couple of external chargers that stay in my gadget bag for times when I'll be away from the desk for an extended amount of time (read: hardly ever). But that's how things work in my life, which is definitely not the way it is for everyone else. Some people are away from the charger for hours upon hours at a time. For you guys, there's Seidio's behemoth 3,800 mAh battery, if you can stand a little extra bulk on your ultra-sleek Nexus.

I spent a few weeks toting around this massive brick-of-a-battery to see how much it actually improved my battery life. In some aspects it wasn't as impressive as I thought it would be, while I was pleasantly surprised in others.

What is it? Well, it's a battery. Pretty sure you already knew that, though.

How much is it? Depends. If you want it equipped with NFC, it'll set you back a cool $74.95. If NFC means nothing to you, then save yourself a Lincoln and grab the non-NFC version for $69.95. Of course, if you're not into paying retail, you can always check Amazon and get it a little bit (read: a lot) cheaper.

Where can I buy it?  Here. Or here if you want to save some cash (didn't we just go over this?)

It's big, but not too big

At first glance, you'll notice one thing: this battery is big. It adds quite a bit of junk to your GN's trunk, along with a slightly awkward new battery door. Surprisingly enough, though, it doesn't add that much overall weight to the device, is quite comfortable to use, and still fits nicely in the pocket. In fact, I noticed very little difference in comparison to the standard battery with the phone in my pocket. However, you may not be able to fit your newly-Frankensteined phone into those skinny jeans (if that's your thing), so that's something to be aware of. 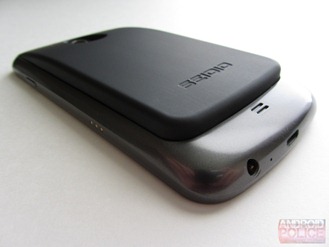 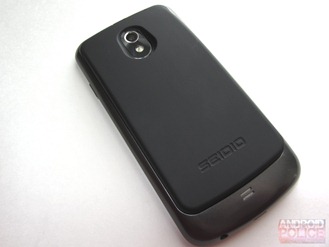 Using the device with the larger battery isn't much of a change, though it is easier to hold with your shoulder for those times with you need to use both hands for something else while talking.

If you have the gin, it'll bring the juice

So, let's get down to the nitty gritty: how long does the battery actually last? Like with most things, this a question that isn't easily answered, as there are many variables that come into play. What I can tell you, however, is that I consistently went two days (around 36 hours) without touching a charger while using this battery. Understandably, it was a bit shorter on days when I used my phone more, and a bit longer on days when I used my phone less. Regardless, though, this thing will get you though a full day without breaking a sweat. In fact, if you manage to deplete this battery in one day, you need to put your phone down and go outside for a little while. Perhaps take the dog for a walk or go to the mall... just do something aside from jack with your phone all day long. 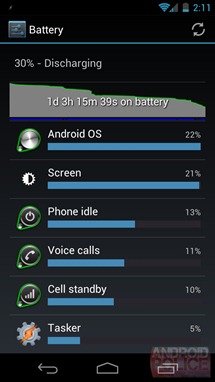 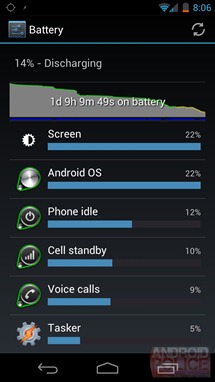 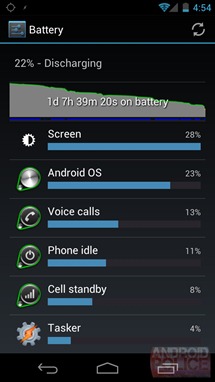 Even though this battery could easily get me through two days of use, I was actually slightly disappointed in the overall battery life. The fact that it's packing a whopping 3,800 mAh immediately made me think of the RAZR MAXX's 3,300 mAh battery, which has been know to last for nearly three days on a single charge. Given the RAZR MAXX's documented performance, I assumed that a battery with 500 mAh more would easily go for three days, but that's just not going to happen; unless, of course, you don't use the phone at all.

With that said, would I (or anyone else) really need to go three days without charging the battery? Not at all. Perhaps the disappointment was partly my fault for having it set in my mind that I would likely get three days of use out of a single charge. Despite this initial letdown, I'm still pleased with the fact that I can use my phone as much as I want without fear of depleting the battery and only need to charge it once every other day. It may not last for more than two days, but nearly 36 hours of battery life is still pretty dang impressive.

Update: It's worth noting that I was on Wi-Fi most of the time while using this battery, and, since Verizon hasn't yet activated LTE in my area, used 3G while away from home. 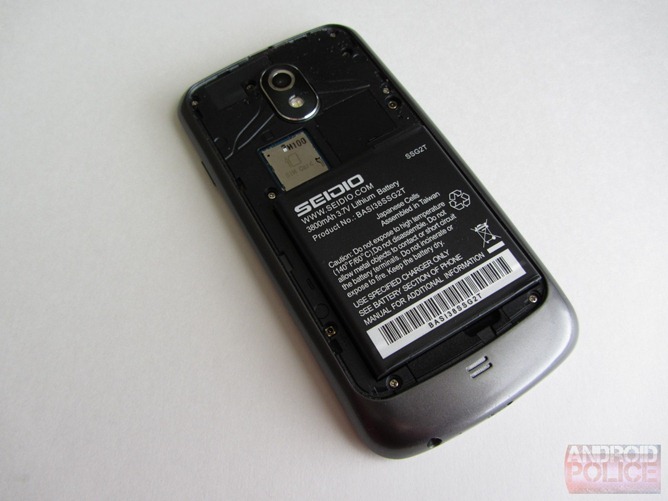 Let's recap. The battery is big, but it's not intolerably big. Does it make your phone look a bit awkward? Definitely. But does it keep you away from a charger for more than 8-12 hours? Absolutely.

Overall, my experience with this battery was more pleasurable than I expected it would be, though I was initially let down with the battery life. After adjusting my expectations in this area, however, I was very pleased with the battery's performance. I was equally impressed with how little weight the battery added to the device, though I do wish it were just a bit slimmer. If the RAZR MAXX can pack a 3,300 mAh battery into a 9mm frame, it would be nice to see a few millimeters shaved off of this behemoth, as well.

At the end of the day, it's really up to you to decide if this battery is a worthy investment for you - is the bulk worth the tradeoff for pretty incredible battery life? If so, then this battery is definitely worth the money. If not, then I suggest picking up a good portable charger.