I remember my first Bluetooth headset review. I was skeptical. I felt like a giant asshole when I wore it. And I'll say this much - my opinion on them hasn't changed much. Wearing one outside of a moving vehicle or a closed office just strikes me as rude. Is it any way, shape, or form harming me when people do it? No, but neither are Crocs, and I think many of us have "feelings" about them.

Before I go on with that potentially never-ending rant, let's talk about the Icon HD. If you've ever purchased a Jawbone product before, you know the drill - it's a premium Bluetooth headset (with a large variety of fit options) that's very well-styled. I mean, just look at the thing. And if you own the original Icon, you'll notice it's also the exact same shape, and is available in the exact same "Denim" finish as the original. 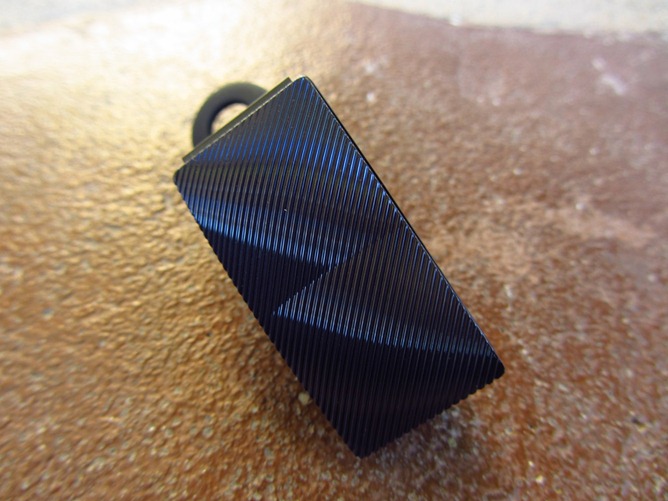 But Jawbone says this one is different. It's better. It's more versatile. And while it may be hard to see why, a quick glance at the price tag will tell you there's definitely something to that "HD" badge. The Icon HD's "NERD" USB dongle (which I promise not to capitalize throughout the whole review) makes connecting your headset to your PC or Mac a much simpler affair, with a promise of no setup menus or PINs. Does it work? Yep, but it's not really the feature we're most interested in today.

We want to know how this thing works as a headset with your Android phone. The answer to that question is "good enough," and if you can get Jawbone's Companion app and myTALK web portal working, you do get a Bluetooth headset that's a fair bit smarter than much of the competition. But is it worth $120 (or $100 for the Icon HD without the Nerd)? Probably not, if I'm being honest.

Let's take a look at what's in the box. I certainly will give Jawbone "mad props" for their packaging - the Icon HD comes perched on a shelf inside a little clear plastic enclosure that sits on top of the box. I mean, look at the organization of the accessories, it actually makes you feel like you're tearing apart something beautiful when you take them out: 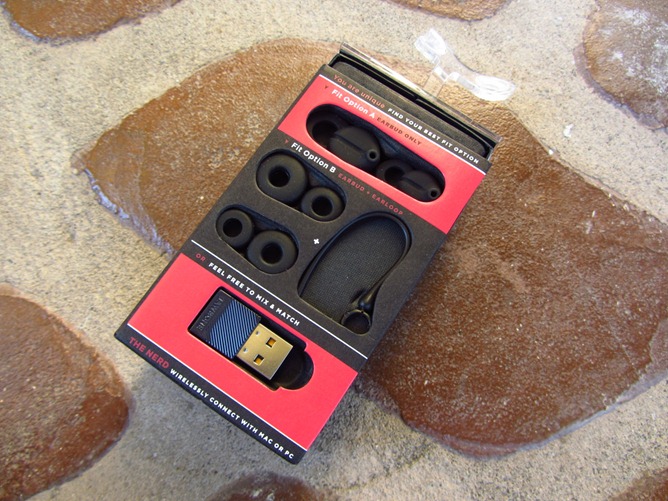 The Icon HD itself is no slouch, either. Probably the best-looking Bluetooth headset I've ever seen, the Icon HD is styled like something out of a science fiction movie. Even the Nerd USB dongle somehow looks... sleek. 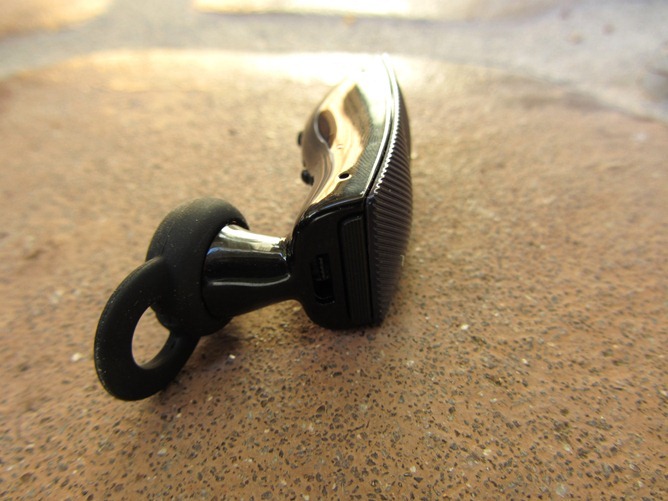 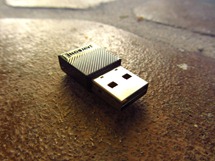 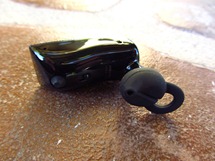 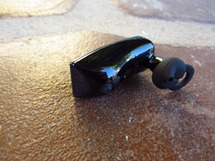 But enough with the drooling - how's it feel? Not bad, actually. The Icon HD perches on your ear, even without the loop, relatively effortlessly. I had no fatigue while wearing it, and while I did feel a tad nervous at times that it would fall out of my ear, it never did. With the ear loop, the whole thing feels much more secure and "in" your ear (sound also comes through better), but it does wear on you after a while.

Compared to the only other high-end Bluetooth headset I've spent any time with, the Samsung HM7000, I'd say the Icon HD gets significantly-higher-than-average marks for comfort. Hell, it only weighs 8.2 grams. And with a variety of ear-attachment options, you're very unlikely to find that the Icon HD doesn't provide a good fit.

Jawbone offers an online suite known as "myTALK." This web portal allows you to add features to your Icon HD - like customizing the set of noises and voices the headset uses. There are also things called "Dial Apps" that let you do things like activate voice commands or quick-dial 411. Unfortunately, like every other Bluetooth headset, the Icon HD can't access the APIs for Google Voice Commands, basically making it useless on Android for voice command input (unless you like Vlingo). 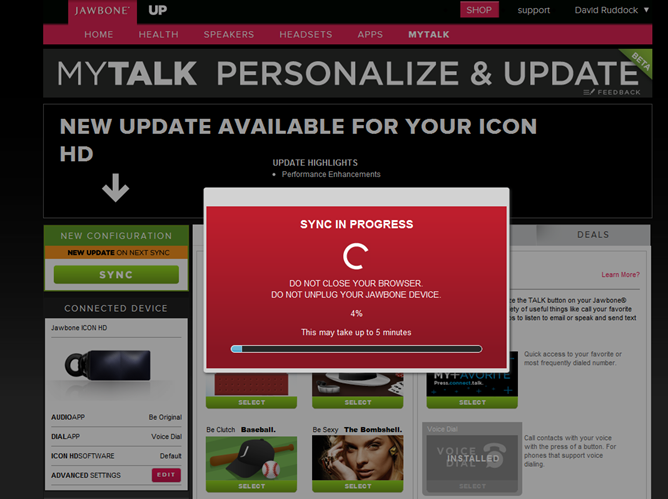 Every time I ran Jawbone's "Jawbone Updater" sync software in my browser on my desktop computer, the sync froze at 4%, forcing me to kill the process, and then restore my Jawbone's firmware via the myTALK interface because it became corrupted after I yanked it out of the USB port. Annoying? No. Massively frustrating. I tried in Chrome and Internet Explorer, to no avail.

After trying it on my laptop, I finally got it working. Whether it was my desktop computer's USB connection, I don't know, but I tried multiple ports and have never had issues with other USB devices on my machine. Admittedly, myTALK is still in beta, but I wouldn't call "doesn't work at all on some computers" a "bug."

As for the companion app, I never got that working. That may be a result of my phone's custom Android 4.0 ROM, though. Still, Jawbone says the app is Android 4.0-compatible. What you need to know about the companion app is basically that it allows you to put a battery meter for the Icon HD in your notification bar, enable automatic reminders for calendar events to go through your headset, and modify the functions associated with the talk button on your headset. 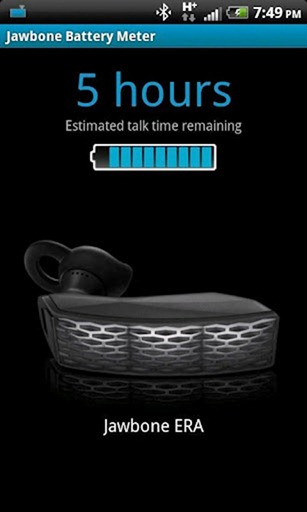 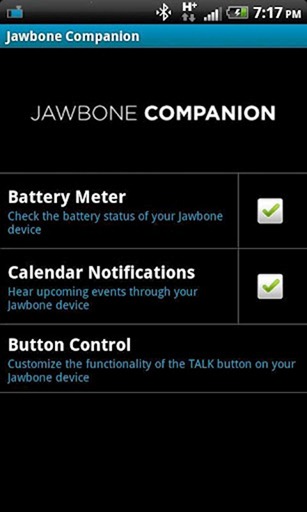 Quickly, let's move on to sound. The Icon HD will deliver above-average phone calls with good noise cancellation and solid connectivity. People on the other end could tell I was using a Bluetooth headset, though, probably because the Icon HD sits so far away from your mouth. They didn't complain that I was particularly hard to hear, but that I sounded distant and a bit quiet. And if you're hoping for a wireless solution to replace your headphones, look elsewhere - music on the Icon HD sounds pretty awful, no matter what the source.

Lastly, the Nerd USB dongle. It works as advertised. Simply slap it into any Bluetooth-enabled PC or Mac device (no drivers, no software), and your Icon HD will become the audio output device for it, making it an ideal solution for impromptu Skype calls. It's a nice little accessory, but I don't know if it's worth the $20 street price premium it comes with.

Should you buy it? No, sad to say. The Icon HD's real value comes from Jawbone's suite of extra software, the device management portion of which, myTALK, seems less than finished, and really isn't all that useful. Multipoint A2DP is a nice feature if you have two phones, but listening to music on the Icon HD is like watching television on an 11" CRT - the content comes through, just not in a way you can appreciate so much as deal with in a pinch, if you have to. As for the Companion app, it's pretty low on features, though if you can get it to work, it does add some value.

The only real advantages to the Icon HD come from the "improved" speaker (which still isn't that great), and compatibility with the Nerd USB dongle - if you're willing to fork over $120. Overall, though, it really isn't anything special, and it's hard to recommend it over its much-cheaper predecessor, which also features multipoint A2DP, myTALK, Jawbone's noise cancellation, and compatibility with the Android app. And if you're looking for something that provides excellent call quality above all else, there are better options out there.

And really, if you want a cool, top-of-the-line Jawbone headset, just buy the ERA - it's actually cheaper.

Sprint's Galaxy Nexus Passes Through The FCC, Is Now One Step Closer To Landing In Your Hands