Sure, Hulu may still be struggling with supporting even a majority of Android devices, but who needs that mess when the CW has an app? Well, yes, people who want to watch shows by any of the other networks, but now all of the CW's top shows are available on (some of) your phones and tablets in their full-episode glory. 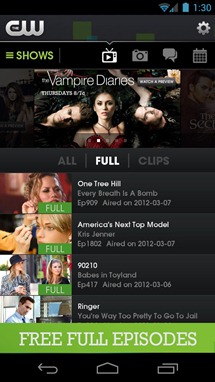 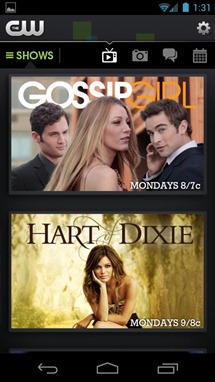 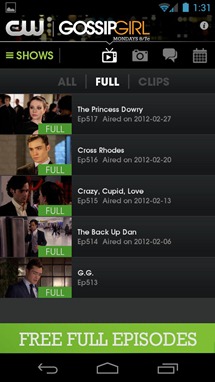 It's not quite the complete library experience we've all been hoping for that some shows occasionally get on Hulu or Netflix, but all of the 12 shows available come with 5 episodes each which, we assume, will be the five most recent episodes unless a show is on hiatus, as is the typical custom with most major streaming sources. 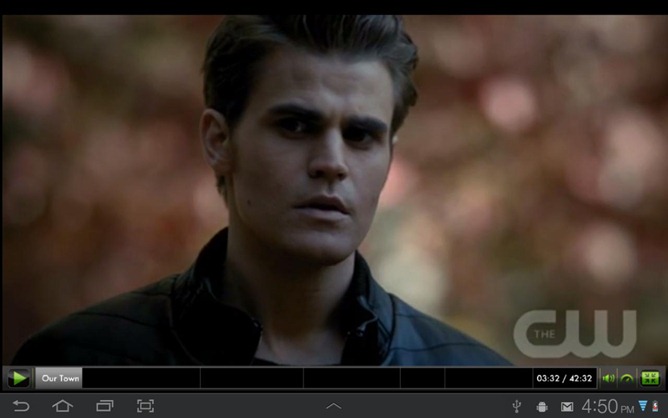 The app also has info on upcoming shows, clips, photos, and a TV schedule feature. You can even use use the app to set reminders for yourself to watch a show, if you're still sticking to a station's schedule. The app also allows you to connect to Facebook and Twitter to share what you're watching or connect with the stars of its shows, if that's your thing.

If you're a fan of CW shows (we accept everyone here on the internet, don't be ashamed), you can download it now via the Play Store. The list of supported devices is somewhat scattershot—the original Transformer is supported, but not the Prime or the Galaxy Tab 10.1—but there at least seems a healthy chance your device will work. Better than the chances of Hulu working on it, anyways.

Also, it's worth noting that the app is ad-supported and comes from a major TV network. You're getting these episodes for free, so get ready to pay in patience. Hit up the widget below if keeping up with the Vampire Diaries is more important to you than avoiding Kia ads. AT&T Says Android 4.0 Isn't Rolling Out To The HTC Vivid, But You Can Have The Official Build ...

Samsung Norway Puts The Galaxy Note On A Diet, Says No Ice Cream Sandwich Until Q2 2012