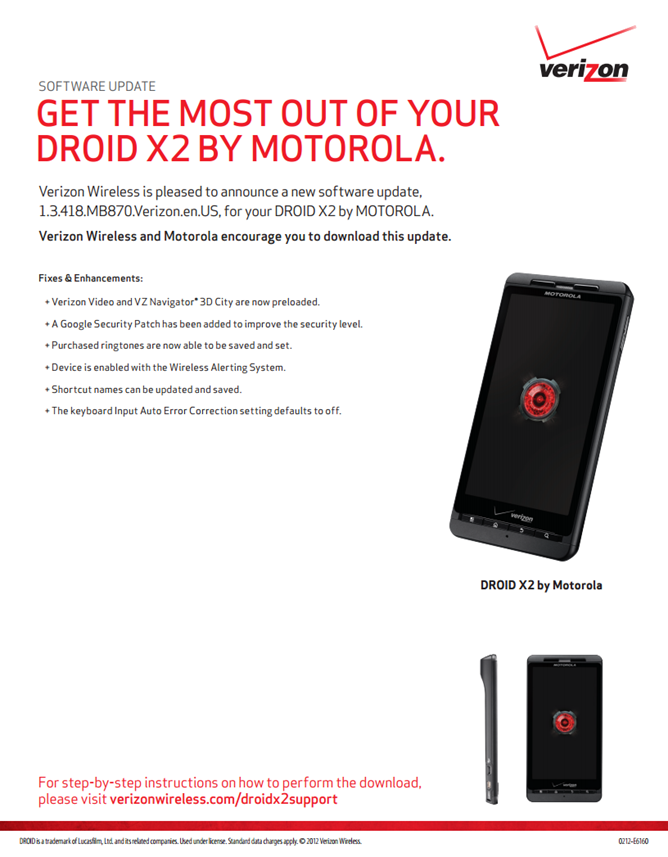 As usual, Verizon has provided a cheat sheet with instructions on how to manually check for the update, but by now the process should sound pretty familiar: just tap Settings > About Phone > System Updates > Download.

VZW also advises that the 35MB download should take about 10-20 minutes, depending on your network connection, and the update itself will take between 5 and 10 additional minutes to install. While there's no word on exactly when this update will start rolling out, users shouldn't have too long to wait.

Beautiful Widgets Gets An Update, Gets A Snazzy New Skin Market Site And Multiple Weather Forecasts