In 2011, Archos put out two lines of tablets: the low end (and lesser relevant) Arnova line, and the higher-end G9 series - its first to receive Google certification (which is required in order to offer the Play Store). This year, we can expect a bit more rearranging from the company, as it will offer three lines of tablet: the low-end Arnova, mid-range Elements, and high-end G10xs series. 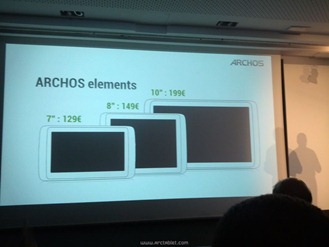 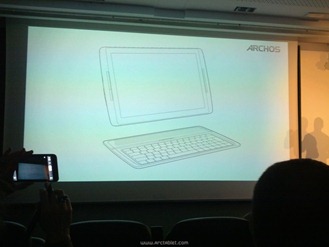 The company today unveiled some details about the G10xs series, revealing that it will be intro-ing three new high-end devices this year, including 7-inch, 8-inch, and 10-inch models. All of the aforementioned models are said to come in at a shockingly thin 7.6mm and include an optional Transformer-like keyboard dock, as well as the all-important Google certification.

There's no word on when this new line will ship, but they should be available in both the U.S. and Europe.

[Updated: Here Are The Winners!] Book Giveaway #15: Win One Of Ten Copies Of "Android Apps With ...

Beautiful Widgets Gets An Update, Gets A Snazzy New Skin Market Site And Multiple Weather Forecasts