Titanium Backup, a widely popular backup solution for root users, got an update today to version 4.8.4, adding a handful of improvements and functions, not the least of which being support for Box.net backup syncing.

If you're wondering why Box.net support is significant, the reason is this: until now, mobile users have had little use for the cloud service's free 50GB account option, which caps the size of uploads at 100MB, and is only compatible with mobile devices (meaning there's no desktop syncing capability). Integration with an app like Titanium Backup should finally put free Box.net storage to effective use. 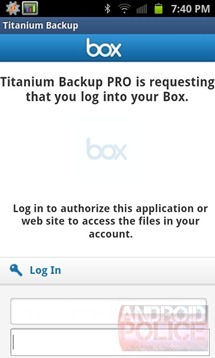 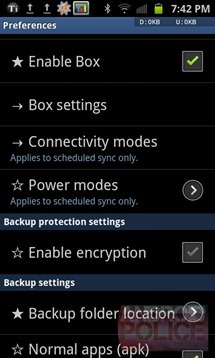 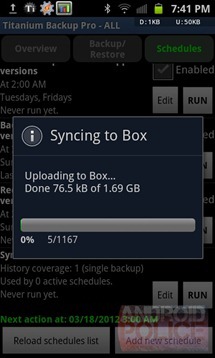 It doesn't look like you can schedule Box.net backups to fire up automatically just yet

Besides Box.net support, the update has a ton of other enhancements. Here's the full changelog:

If you're already a fan of Titanium Backup, and have been waiting for a reason to use your free Box.net account, hit the widget below to grab the update. If not, this extremely versatile backup solution is definitely worth checking out.

It's also worth noting that Box.net support is only available to pro users, but considering everything else Titanium Backup offers, the pro version may just be worth a $6.58 investment.